Some guys who go through their second childhood buy expensive sports cars or motorcycles, others buy boats, but no, not me..........I buy Legos!

I finally got a chance to use some of the Legos for detail parts as Rich has done.  I wanted to get a motor and cyclone put on top of the collectors to finish them off.

At first they looked a little strange with all the bright colors, but with a little imagination and assembling them in an unconventional way [gluing them] I came up with something that could pass for what I was looking for. 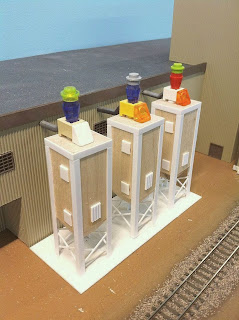 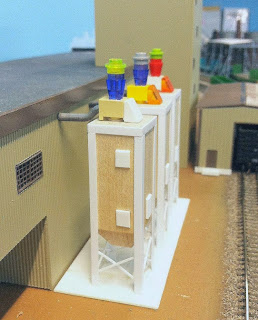 After the the glue dried I sprayed them with an Oxide Red for a primer and base coat.  The second coat was Floquil's Old Silver which I didn't cover with a solid coat.  I wanted just enough silver on so that the Oxide Red would show through in areas to give it a look as if the silver was wearing thin.  I also painted the pad with a concrete color. 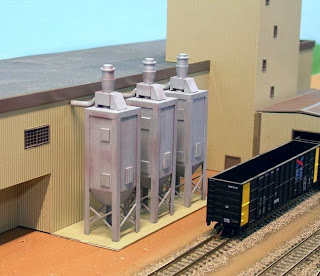 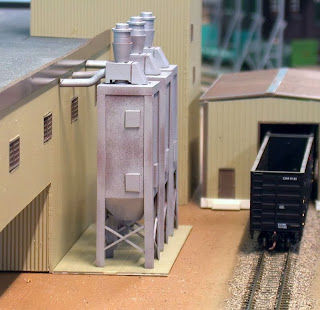 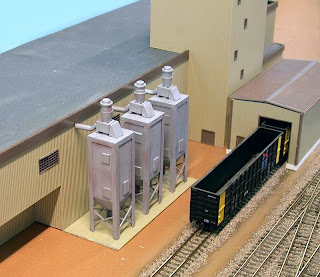 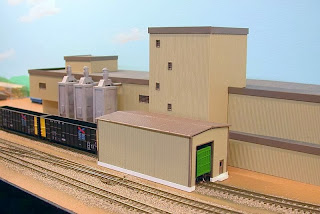 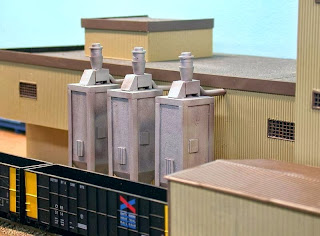 The duct work was made with sprues from old kits.  I heated them with a lighter just enough to stretch and bend them into shape so they would enter the building just under the facade.  I just glued the duct work into the square holes on the back side of the Lego.