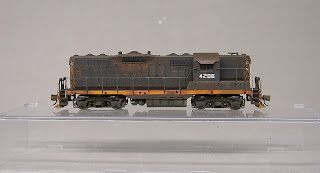 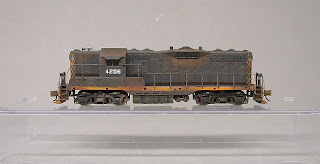 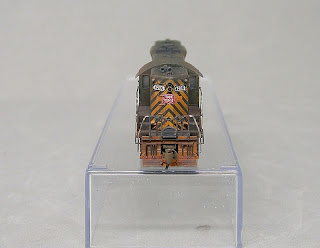 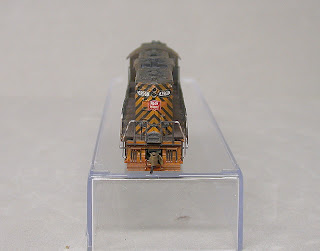 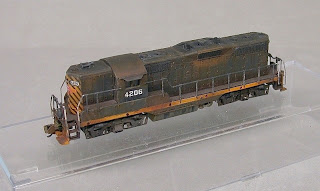 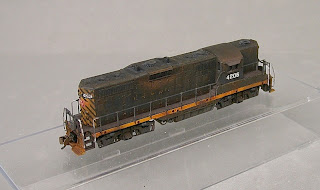 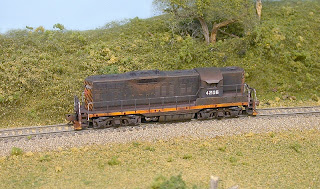 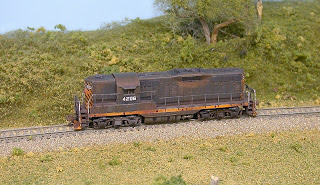 OK, so it's not the best and the quality is kind of crappy, but you have to start somewhere, right?

A friend gave me a little FlipVideo camera to play with and got me setup on YouTube [another first].  So I thought I would see what I could do with it.

So without further ado:

I know one thing, it won't be up for any nominations...

Back when Kato first introduced their F units I grabbed a few and worked them over for Rock Island units.  Nothing says Rock Island like a freight with hood units and a covered wagon thrown into the mix!

These units racked up a lot miles when we had the Bend Track modules set up.  But in 1997 when we switched over to DCC, I never had the nerve to attempt to mill and hardwire any decoders in them.  So they set on the shelf in their cases until last year when I contemplated selling them off.

After reading on one of the forums where someone mentioned something about swapping the shells over to the new KATO F3 chassis......the light went off !  A buddy of mine had once mentioned doing this very thing.  So I did a little research and latched onto several newer Kato F's and proceeded with the project.

There is only two minor modifications needed for this:

1]  The side glass is what holds the shells on to the chassis, you need to keep the new side glass with the new chassis and the old side glass with the old chassis.  Some folks have reported that after swapping the shells, the older shells are a tad bit loose with some up and down play, so far mine seemed to be nice and snug.

When Intermountain came out with their "F" units, they were designed so that you just un-screw the front coupler and it slides right out.  A much nicer design!  So I bought a few of these to replace these older Kato "F" units.  [So now I guess I'll have a few more Covered Wagons to add the fleet in due time].

The rear couplers and the "B" unit couplers make use of the MTL 1128 kit.A fairly simple conversion.

Since I had "welded" some of the side windows over on a couple of the units, I just needed to shave off the little molded protrusions on the glass so they set flush with the inside of the shell.

I picked up two more Digitrax DN163K0B decoders to go along with the one that I had on hand.  Then I got them installed and speed matched.

The last thing I did was to weather the new trucks and fuel tanks to match the shells and Viola!