I made good progress today despite having a few minor setback this morning.  I got started around 9am this morning gathering up the parts for each cabinet and preparing them for assembly, then getting the tools lined up.

The first cabinet I started with was a drawer stack. 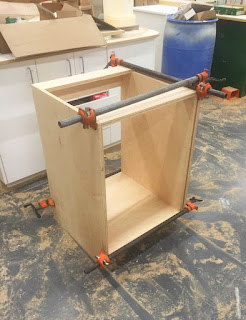 Then the upper cabinet that goes directly above it. 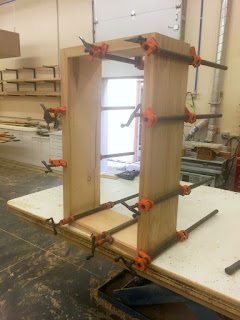 By lunchtime I had six of the cabinets assembled, stacked and drying. 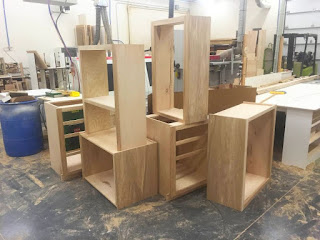 After lunch I got the last two cabinet assembled, the two biggest ones.  The sink upper [which is upside down] 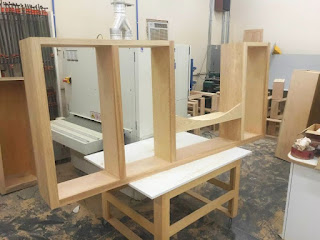 And the sink base which is freshly clamped and drying. 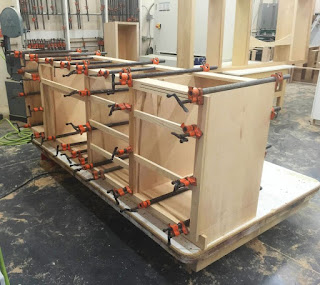 I might try to go back over tonight and get the nail strips added in and then flush routered and fill the nail holes so that I can get them sanded and stained on Sunday.  But I don't know, the couch feel pretty good right now...

Jump to A New Kitchen pt 15

Well almost 4 months later and I'm finally ready to get back to the cabinets.
I left off the progress after I most of the most of the components ready.  The next step was to get the cabinet boxes cutout and built.

This afternoon I finally found some router time!  Within 2 hours I had all the parts cut out and ready to assemble for the 8 cabinet boxes I need to build.  Damn!  The time saved and the accuracy of CNC routers is incredible, doing this by hand on the table saw would have taken a day or more to get the same results. 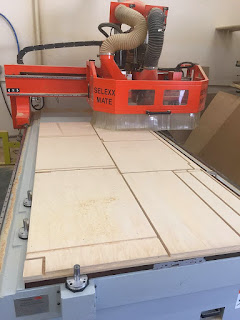 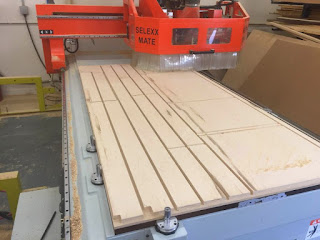 After the router was done I ended up with this cart of parts and a few parts stacked up waiting for assembly. 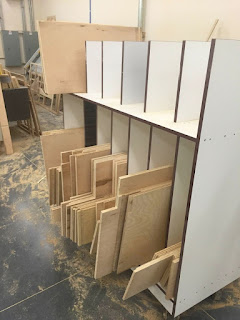 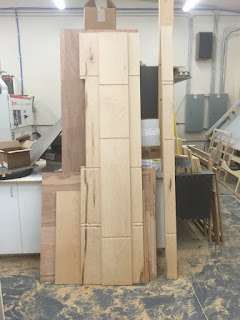 With the 3 day holiday weekend I'm hoping to have all eight cabinets assembled, sanded and ready for stain bu Monday night.  If things go real good I'm gonna try like hell to get the boxes stained and finished as well.

Jump to A New Kitchen pt 14 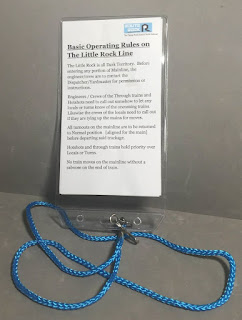 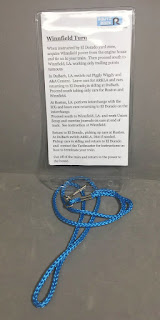 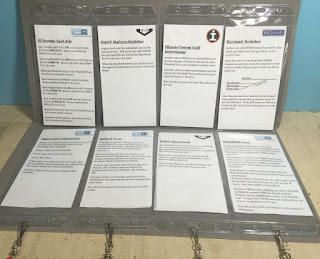 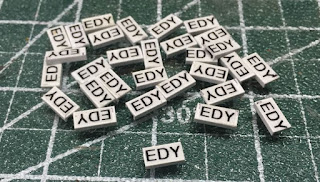 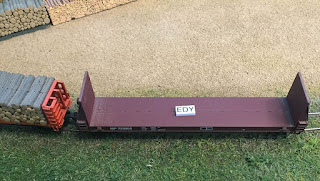