I've weathered enough freight cars and locomotives that I'm not too afraid to grab a new car or loco and go to town on it with several types of weathering mediums, but buildings?  But this has me a little worried.

Going on a few suggestions I started using some India Ink washes and oil washes and was not happy with the results, so I kept looking around.  One day I stumbled onto a few videos of guys using Watercolor Pencils to apply some light weathering and got intrigued, so I picked up a cheaper set from Amazon and finally got the nerve up to try it.

I first tried a few different shades of Browns and Oranges to see which looked better and settled on one Orange one Brown and Black.  The idea behind these are that they work just like the watercolor paints, but they are in solid form inside of a pencil.  You just draw some lines and patches on the areas you want weathered and then using nothing but a soft brush dampen with water you start brushing over the lines and patches until they dissolve to leave a stained discoloration.  If you have too much on then you can keep applying the water until they're gone.

In some cases I used just the brown and orange then the brush with water and worked them out till they looked like a rust stain.  In other areas where dirt would accumulate I started with the black and brown.  Still in other areas I used all three colors. What I am showing below is far from finished, but I think I'm on the right track for a lightly weathered look.

Bare in mind on some of the roof stacks you can still see some lines where I drew the colors on but didn't get them completely dissolved.  In some cases this would be OK for scratches. 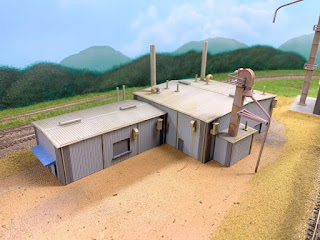 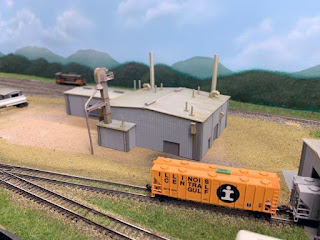 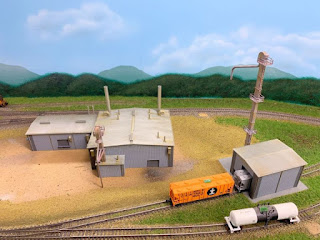 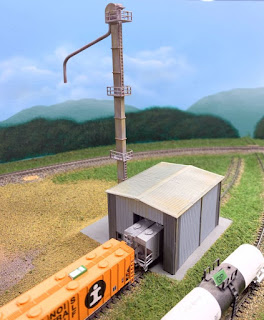 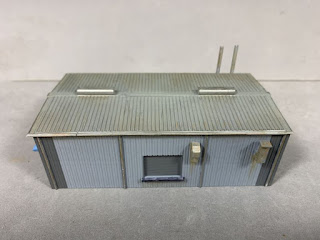 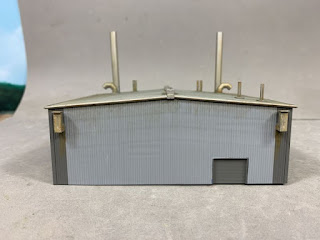 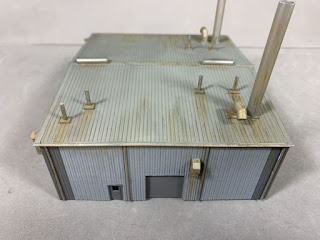 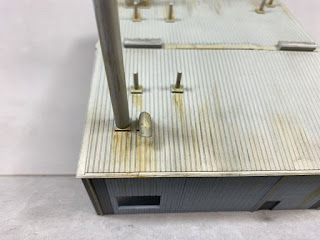 The elevators were first sprayed with a base of Red Oxide then sprayed again with a lighter coat of Old Silver so the Red Oxide could show through.
I then applied just a thin line of all three colors under each one of the seams on the elevator shaft and worked the pigment in a downward direction. 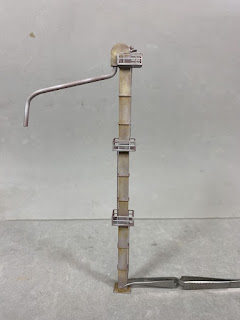 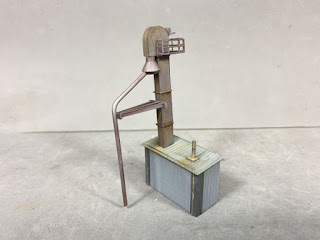 My goal here is to not go crazy on weathering but to get a general dirty used appearance.