I also repositioned the warehouse with a slight angle so I could spread out the tracks a bit and keep it from being parallel to the layout edge.

A few hours later I caught the Haskell turn with #675 and friends as it was setting out a couple of cars on the new spurs. 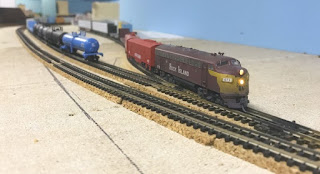 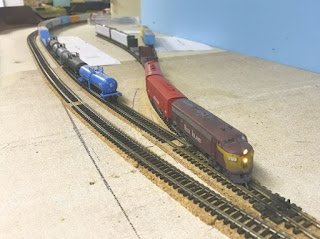 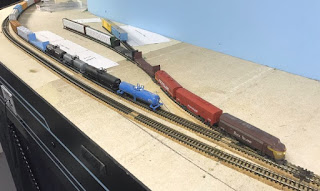 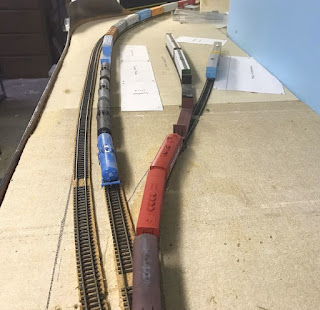 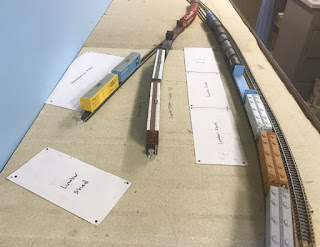 Even after I thoroughly cleaned the new track and turnouts, I wasn't getting power through the points of the first turnout.  I scrubbed a little bit more, but no change.  So I decided to try something different.

Recently Quin and I spilt a 2oz bottle of the magic stuff to color the rails with.  I've always heard about the wonders of Neolube but never had any to try.  So I grabbed the bottle and added a just a tiny bit to the surfaces on the point rails and stock rails, let it dry a bit and BAM!  I had power through the points! 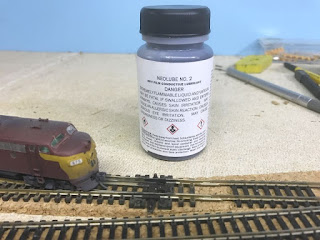 I still plan to drop feeders to the two spurs, but until then I now have power to them thanks to Neolube.