Last week the light bulb came on about making the foundation around in engine house so I could make it removable after I get the scenery down.  Over the last couple of days I've been able to get it weathered and installed and was able to get a base of scenery down around it.  It worked like a champ!

Once I got it weathered and glued in place it hit that I needed to get another concrete pad installed before adding more ground cover.  I needed to make another pad for the two fuel storage tanks.  So I dug out the styrene and got it going.  While I was at it I worked on the tanks and a small pump house. I also added a strip 0.015" styrene between the rails as part of the floor and weathered it accordingly.

Here is how the engine house foundation turned out. 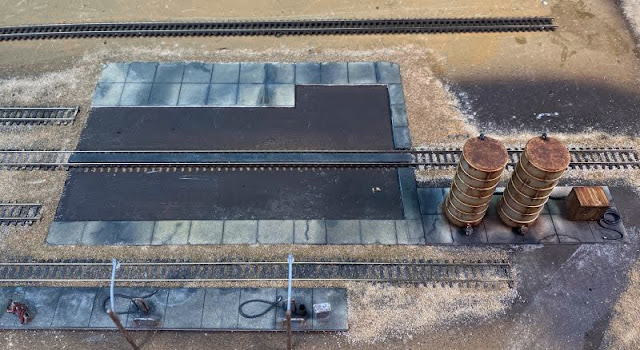 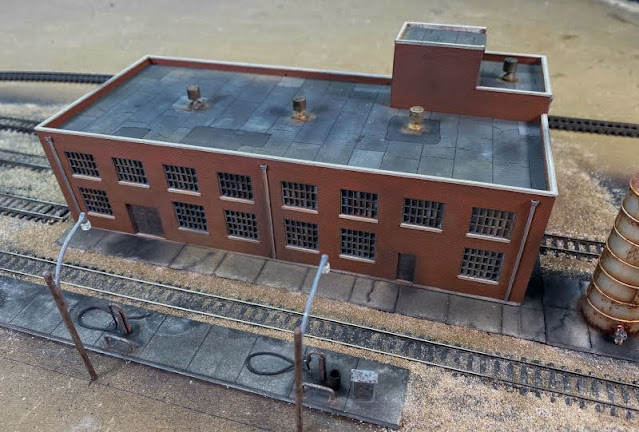 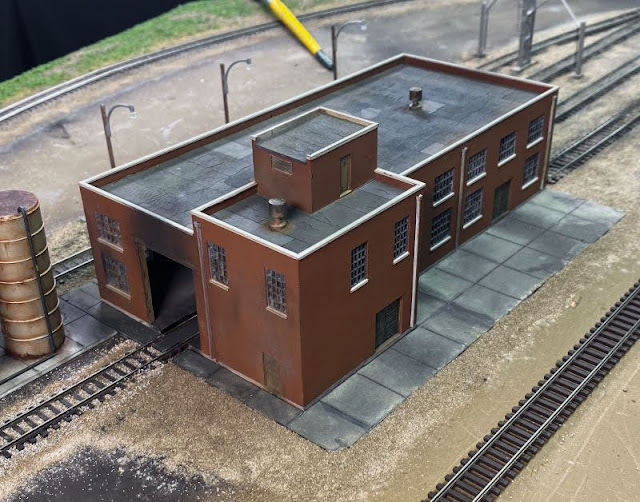 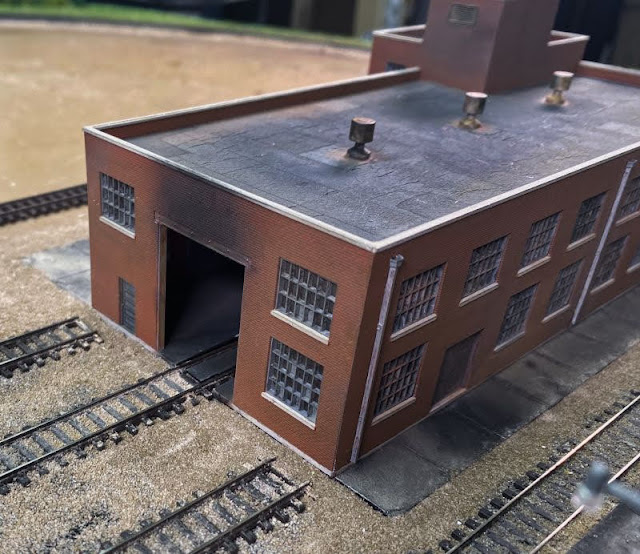 The fuel tanks are part of an older Walthers kit and the shed was from the Bachmann fuel and sanding kit.  The piping from the shed to the tanks is a section of brass rod, the hose to the right of the pumphouse is 1/32" solder painted grimey black and the large piping at the bottom and front of the tanks are some leftover Plastruct elbows and the valve wheels are extra rolling stock brake wheels. 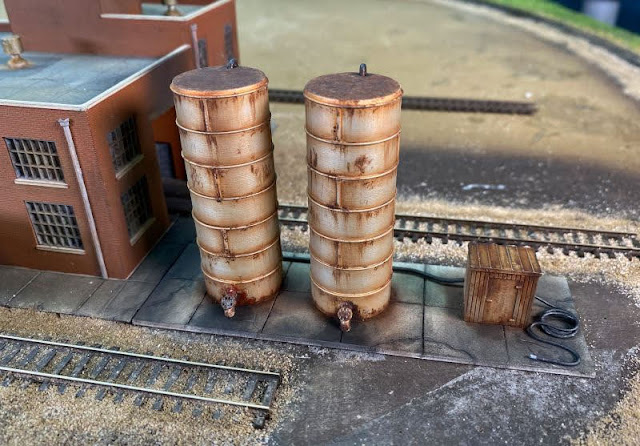 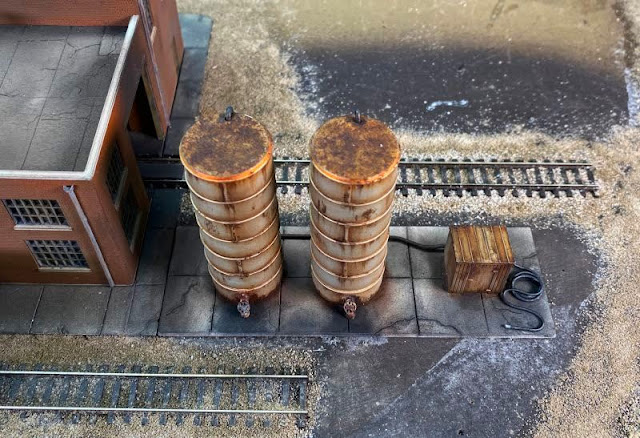 The tanks and pump house were painted with TruColor Galvanized Metal and sealed.  Then I used two colors of artist oil paints for the overall rusty look and rust spots.  Each color was sealed before applying the next color.  The tops were done the same way except I added a dusting of  rust colored pastel chalks to them while the paint was still wet.  The chalk was made from scraping some Orange and Brown and dash of Black, mixed together and dabbed into the wet paint with a paint brush and then sealed with yet another coat of Dullcoat.
The concrete pads were painted using TruColor Concrete and then sealed with Dullcoat.  Next I used some cheap acrylic paint, Med Gray, Dark Gray and some Sandy Beige. I then took a cosmetic sponge and mixed them together and dabbed them randomly on the concrete pads to give a nice mottled look for the concrete.  After I sealed it with another coat of Dullcoat I attacked them with Pan Pastels for the rust and grimey look.  The seams, cracks and oil stains were highlighted with black Tamiya Panel Line Accent Color.
I ballasted the tracks, then covered everything with the earth mix that I made from mixing Woodland Scenics fine Earth ground foam and a Mocha colored unsanded grout, the same stuff I used for the dirt patches in the weeds throughout the yard.
I still have a lot to do to this scene.  I need to build a power pole and get it installed then I can finish applying the earth mix around the engine house and fueling pad.  Once that's done then I'll come back and start making the ground look oily and greasy around the tracks and the facility.
In the meantime I manipulated the scene with my photo editor so I could get an idea of how it'll look. 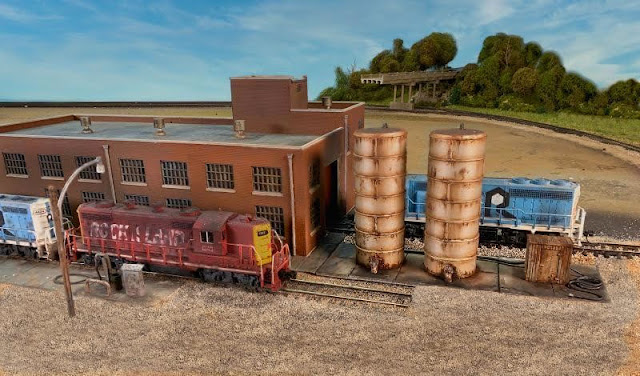