Since wood chips are hauled on the Little Rock Line, I have collected quite a few of the Bluford Shops converted wood chip cars.  They're just a 3 bay 70 ton open hopper with homemade extensions welded on by most roads.  Bluford has came out with a lot these hoppers and I've had a hard time resisting them.

One version I've always wanted was the newest black scheme that Rock had with the Blue "R".  I've made my own decals for this scheme already but never got around to actually applying any.

Bluford just released this scheme on their hoppers so I picked up a 3 pack.  I also scored a few other cars and stole their extensions and repainted them black to place on the Rock hoppers.

Rock Island had the 3 bay 70 ton hoppers like this in the black scheme, but not in wood chip service, so they are foobies, but they now have them on the Little Rock!

While I was at it, I also added an extension for another ICG version. 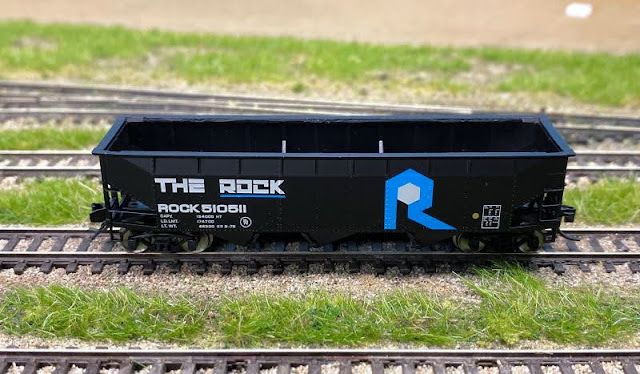 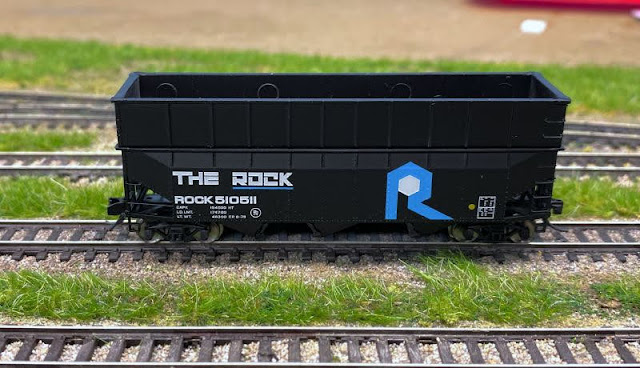 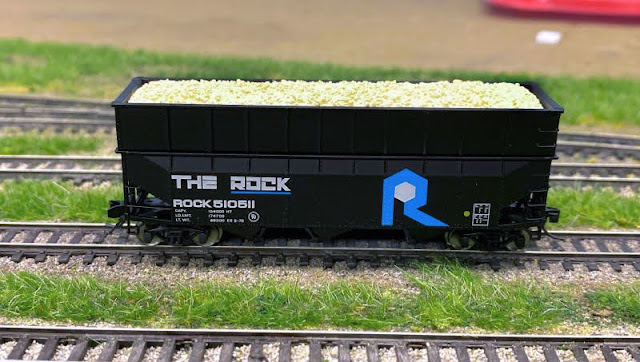 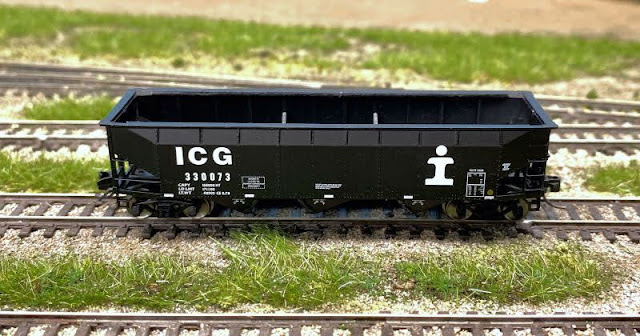 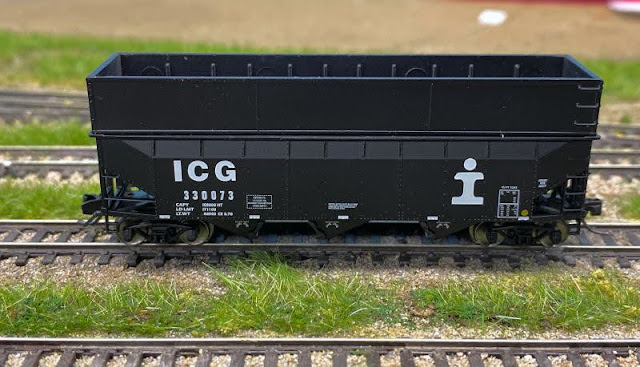