Well I got home from my shop around 3pm Saturday afternoon and went directly downstairs.  The first thing I did was to get another one of the small nagging projects finished and off my bench the first thing.

Then I turned back to the North Island Refinery.  After deciding to continue with it, for no other reason than I've gotten this far with it.  I decided on a color for the main stacks and got them painted a white with a little gray mixed in to change the color so they weren't stark white. Then I painted the burn building [or whatever the hell they call it since the verbiage is non-existent in the instructions] and the piping cage with an Oxide Red then sprayed over that with a Old Silver lightly so it takes on a slightly rusty appearance.  I'll go back later and add more rust to specific areas using oils or acrylics. 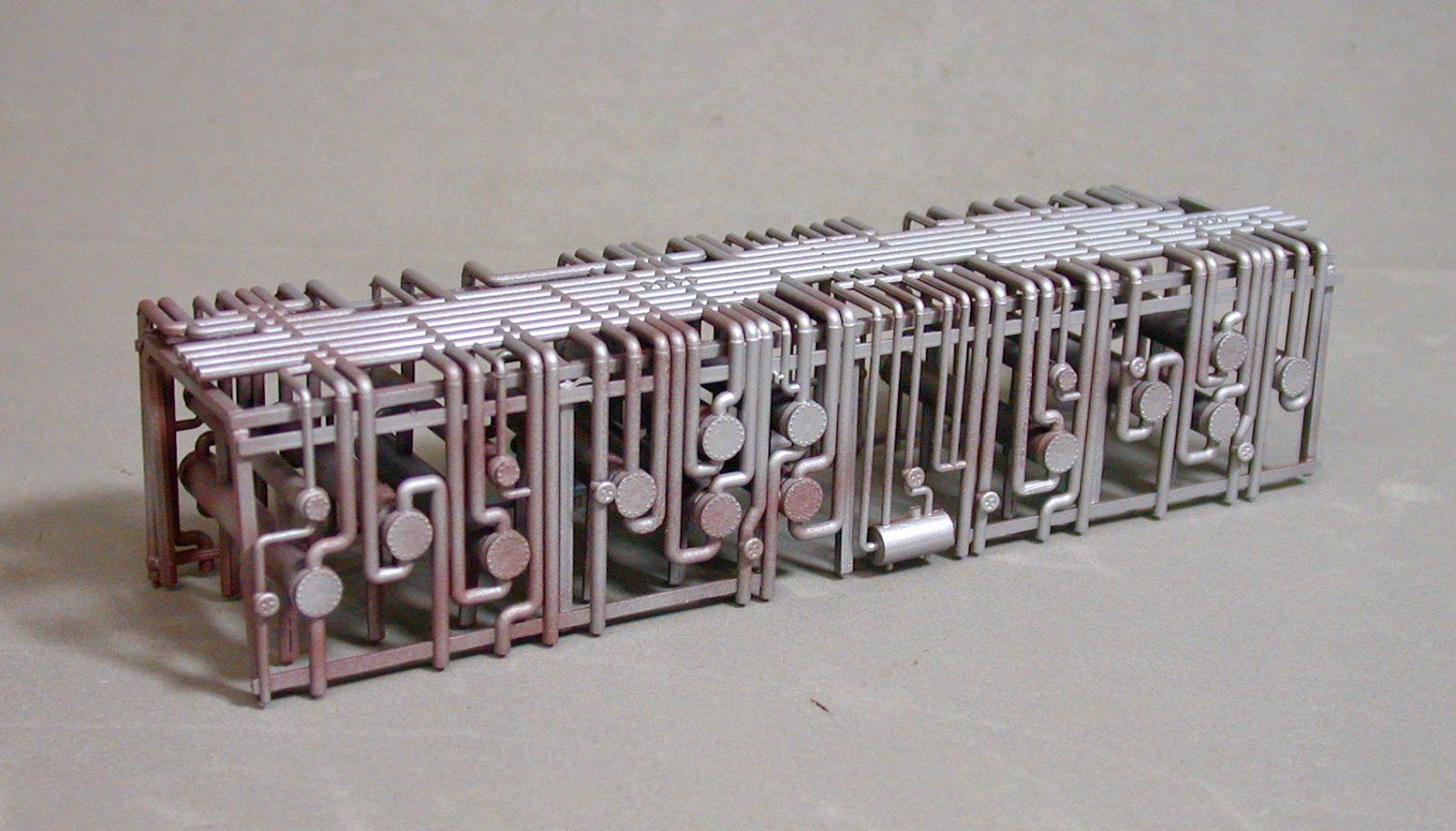 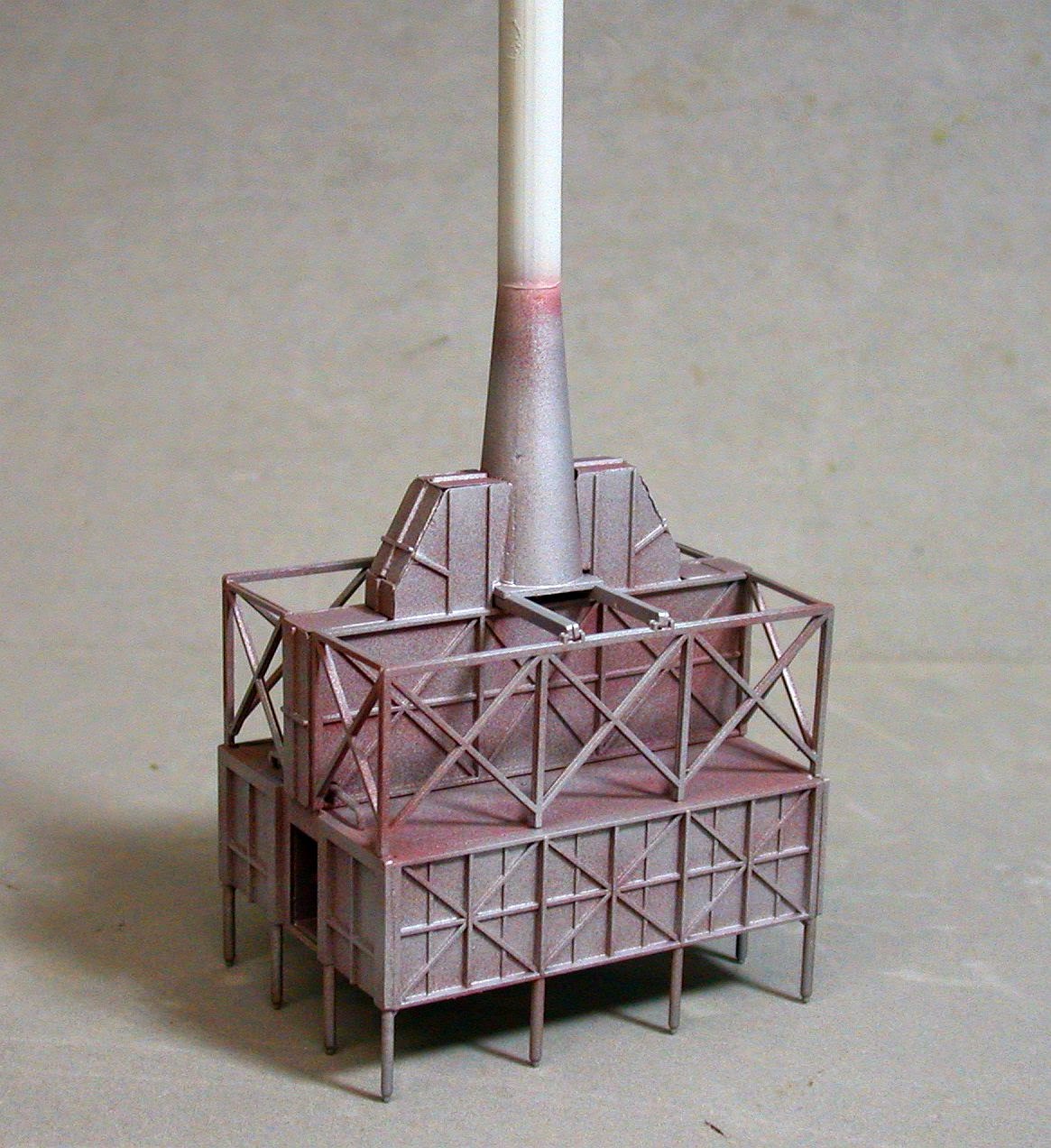 Next I started to tackle the catwalks.  I glued some railings on the walks first while they are still attached to the sprues.  This way I have something to hold onto while gluing the railing to them. 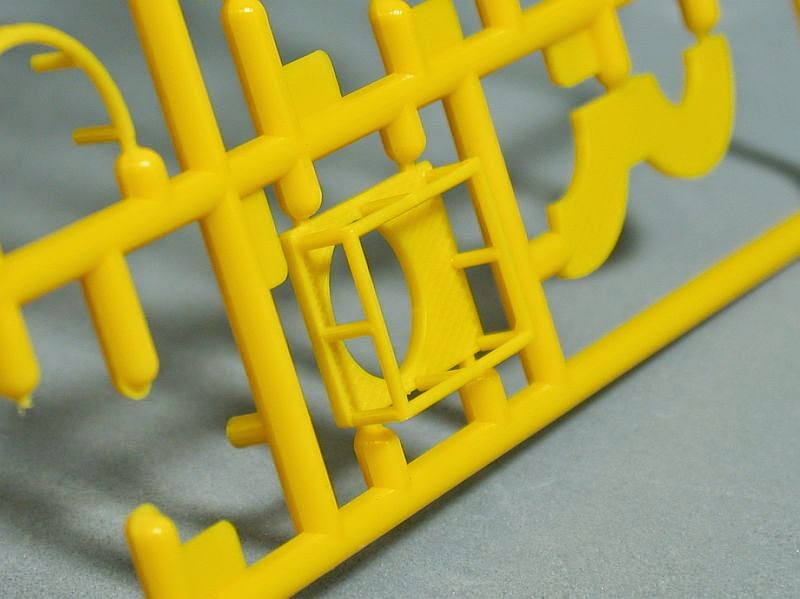 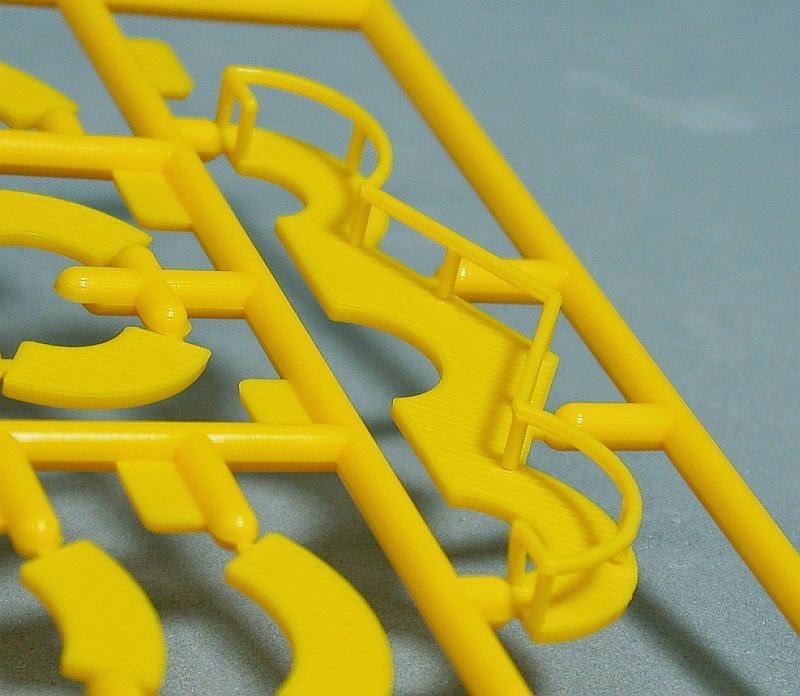 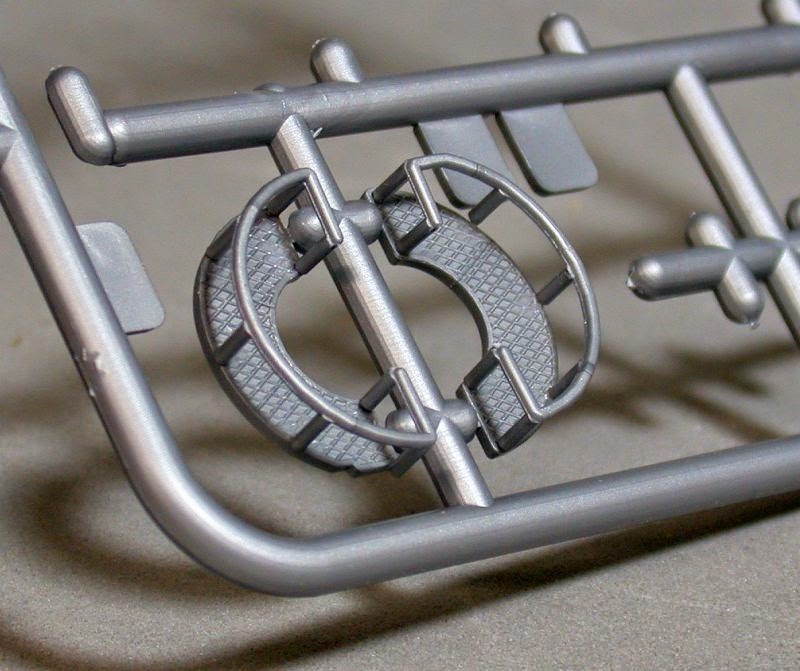 Once that's done, I'll spray them with a duller yellow than what their molded in.  Then when dry I'll snip them off the sprues and glue them to the towers.

The thing I'm not sure about is since everything is painted, I'll have to glue them to the painted surface, but I think the MEK will eat right through the paint and then I can go back and touch them up, if nothing else it'll be a good excuse to add rust to those areas.  I'm hoping that I don't have to scrape the paint off of every area.

If this refinery works and if I cut the building down in depth, I think things should fit a little better.  I might pave the area off with styrene as some have suggested and then build some sort of overhead support to run more piping over the pad to where the tanks are that I have envisioned next to the loading tracks.

Also gonna have to find something to make some good looking tanks.  One thought was to use some crappy old tank cars that I have on hand and turn them upside down so the dome are pointing down.  Then make some racks and set them side by side with piping running across all of them.

This piping is something I have never attempted before, so I'll be flying by the seat of my pants!