How to hide clutter.

Thanks to a long holiday weekend and the talented help of my mother [who knows how to sew], I finally finished a nagging project that I've put off for over a year now.  I got all excited about it after I got the shelving installed under the layout, then got sidetracked.

I had tons of skirting left over from our old Bend Track modules that were sitting in a box just begging to be hung again.

Once I figured out how I wanted to attach them to backside of the fascia, I started out trying to fit all the random sized skirts.  I started using ones that would fit the outside corners, then I used both long an short pieces and tried to fit them between the corners without having to cut any and then have mother re-sew them.  I got quit a few of them to work out quite nicely but of course, there were about 3 that I had to measure, cut in half and then have mother sew a new hem on one end.

Now, they don't hang very even in most places, but at least they cover all the junk I have stored on the shelves, which was the main goal here.

Another thing I've learned is that trying to photograph black skirting with a bright light above them and a bright blue backdrop with gray ceiling tile in front,  just doesn't work very well.  Believe it or not the skirting is all black, but even after photo shopping them and getting them to look halfway close, after uploading them to Picasa, the colors changed a bit.  Some almost look blue!

Looking towards Winnfield on the left and the
main yard on the right. 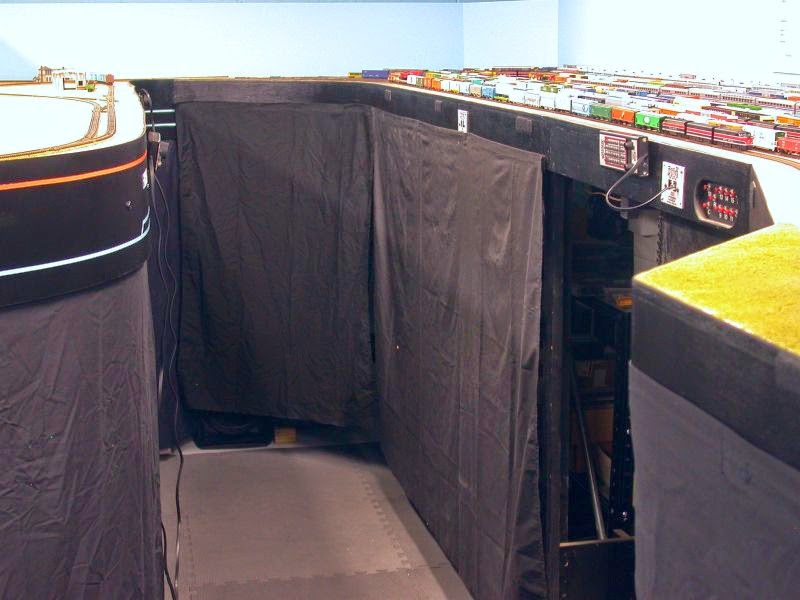 Dubach on the left and Ruston on the right. 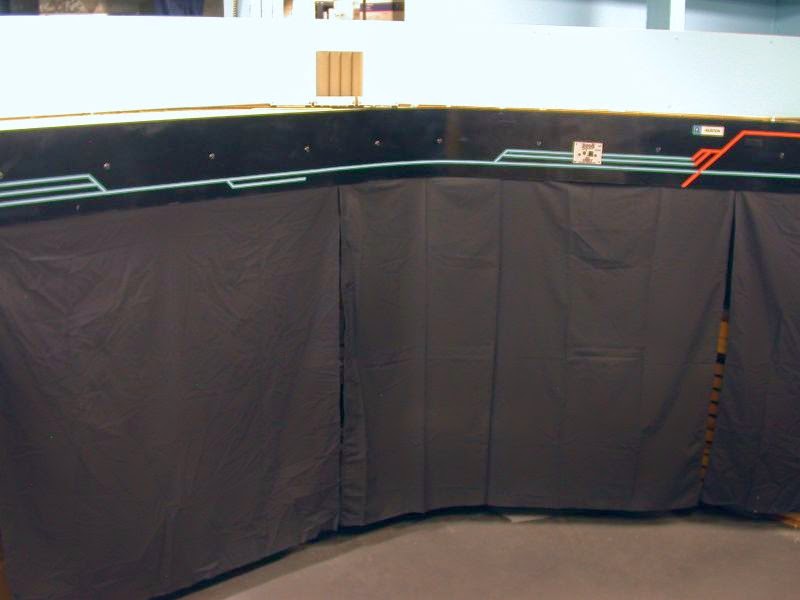 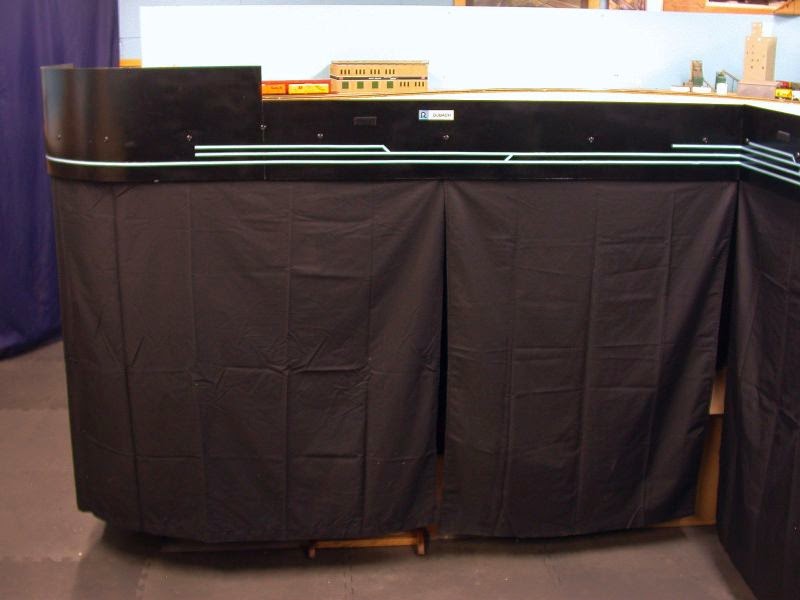 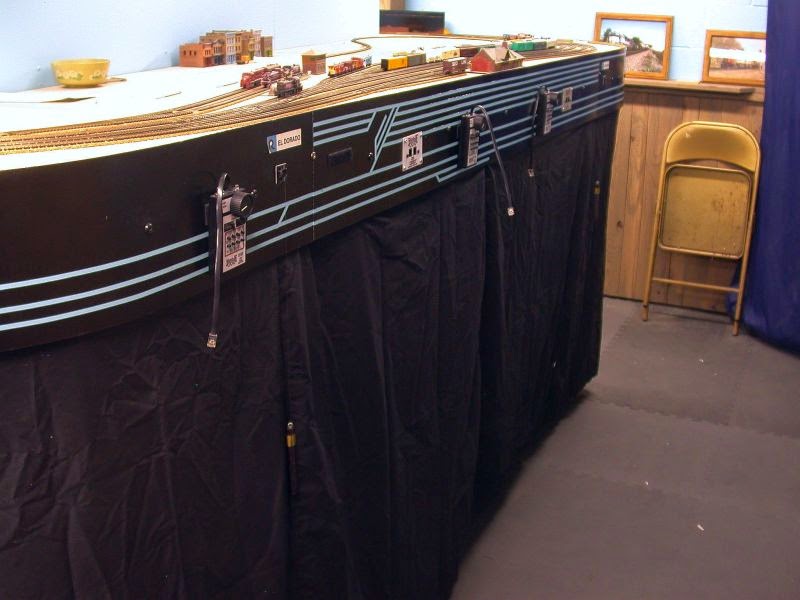 Looking towards Calion.
(Yep, that is actually black!) 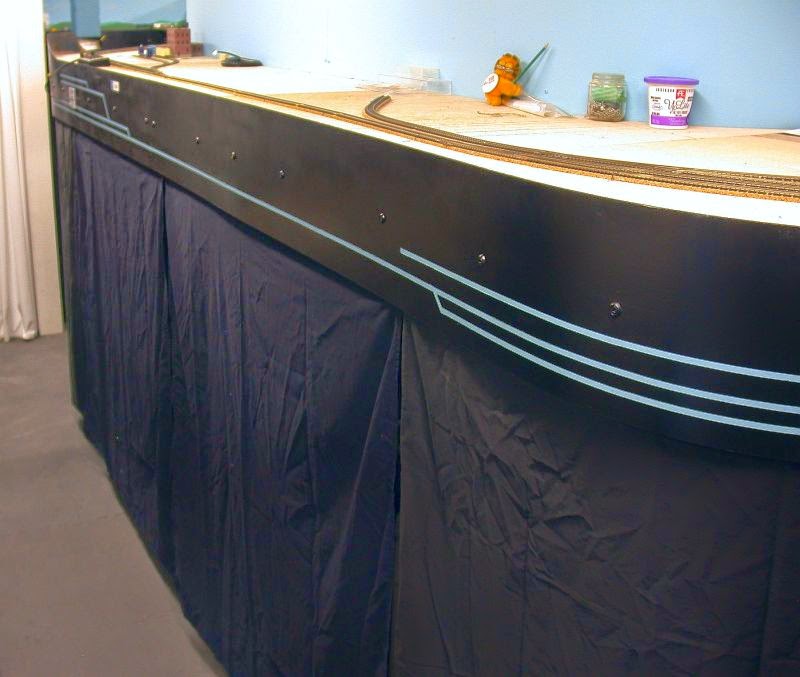 Looking towards Haskell, with a bit of
Malvern on the left and Fordyce on the left. 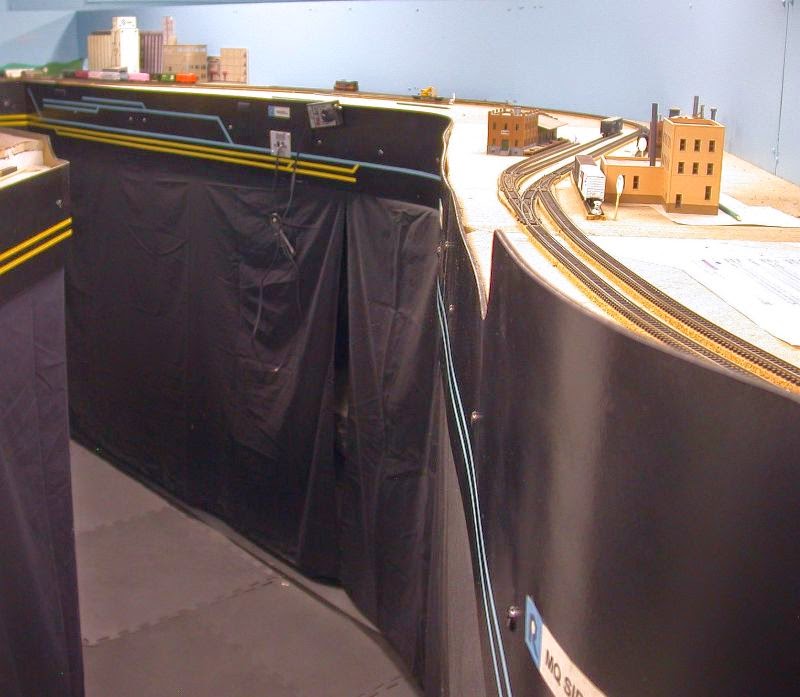 Well at least it's done and now I can move onto other things.  Maybe I should start working on the buildings at Malvern again?
I've heard the sounds of construction recently?  I think I'll make a trip down there and see what's up.