After staring at the trackage in Dubach, something just wasn't rubbing me right.

The rule of thumb is to keep as many turnouts off the main as possible, right? With this plan I had two RH turnouts coming off the main. 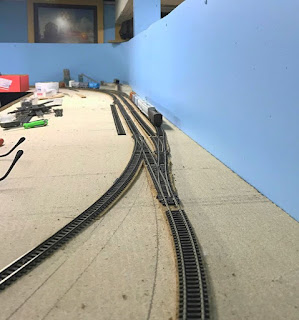 I drew up several plans the other night and tried to make something look and sound plausible.  Here is how the tracks changed in Dubach.  The top plan was the original. 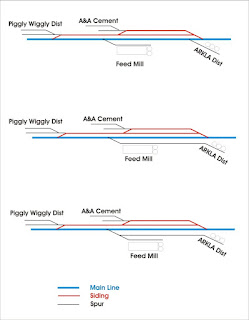 The back story so far......The feed mill originally had two tracks in it's heyday.  As business dwindled, the second track never got used.

Several years ago ARKLA came to town and set up shop just outside of town. Instead of adding a new turnout for ARKLA from the main, the RR decided to refurbish and extend the second siding at the mill.

So I set to work tonight to see what I could come up with?

Above is what I started with and here's what I ended up with.... looking North. 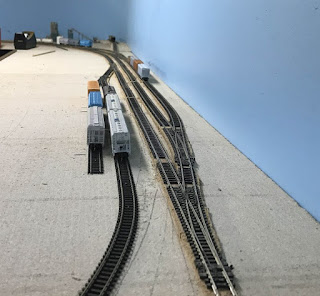 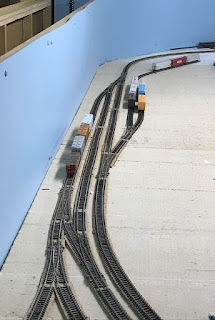 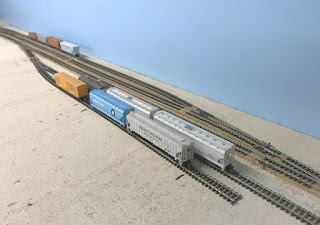 Now to get it wired and I'll be off to work on the river scene between Calion and El Dorado next.