Evolution of a lake, part 4 - the finale


Last night I got a chance to apply a layer of glossy Modge Podge on the actual lake.

After applying some to the leftovers in the cup the other night I found that the Modge Podge went down and actually dried over the Quick Water and sealed it! On the left side you can see the dried Modge Podge, on the right you can see where I touched the fresh Quick Water with my fingertip.

When I applied this sample I used a round brush and stippled it on with the hopes of creating a surface with a slight chop on the water.  I didn't want any waves or white caps. 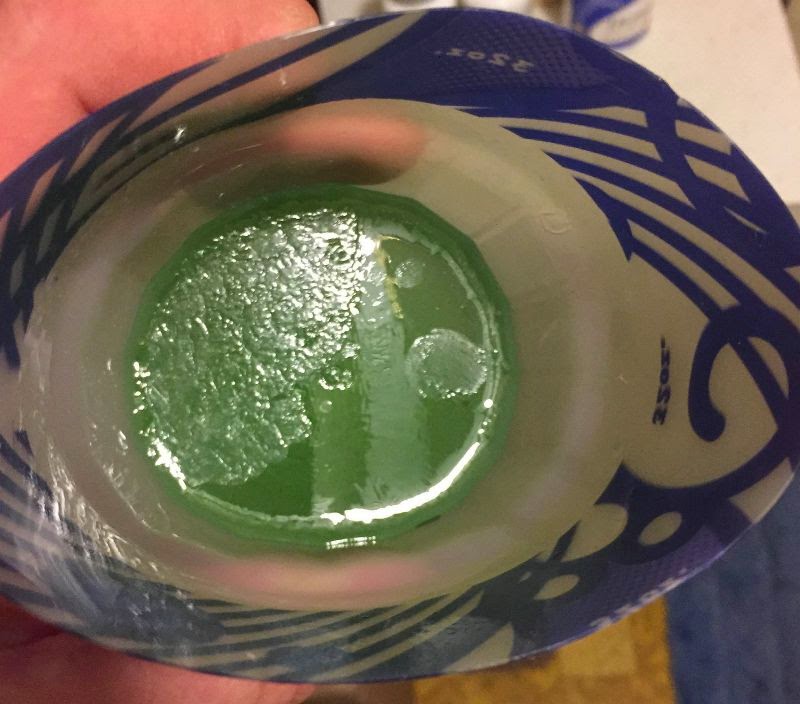 Treading into uncharted waters even further this time, I think things came out acceptable?  While I lost the mirror like finish of the lake for those cool reflection shots, I should now be able to keep it much cleaner easier and not get a bunch of fingerprints from people wanting to touch the water!  I also won't have to worry about seeing bugs, flies or other dirt stuck to the lake surface.

It also kind of helped to disguise the lake bottom, the dead fall and the rocks since I didn't get the pour murky enough.  The one thing I'm not real happy about is the the lake now almost looks blue rather than having a greener color like before.  Not sure if the Modge Podge added to this effect or that it just brought out the reflection differently? Either way I think I can live with it.  If anything I can always apply another coat of Modge Podge and this time tint it with some green paint.

I may have to get some kind of varnish to seal the Modge Podge as I seem to recall that it can be reactivated if it ever got wet?  So I don't know how it will react with the humidity.  Also the way I fixed the creeping water was to apply some Matte Medium where ever the rocks and deadfall looked wet.  Anyway, here are a couple of final shots before I conclude this mini series on the lake.

Before the Modge Podge 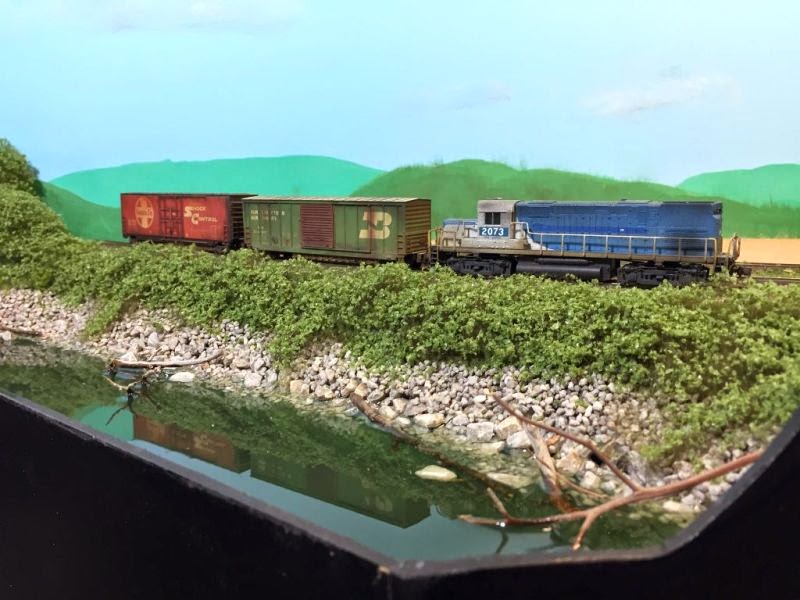 After the Modge Podge 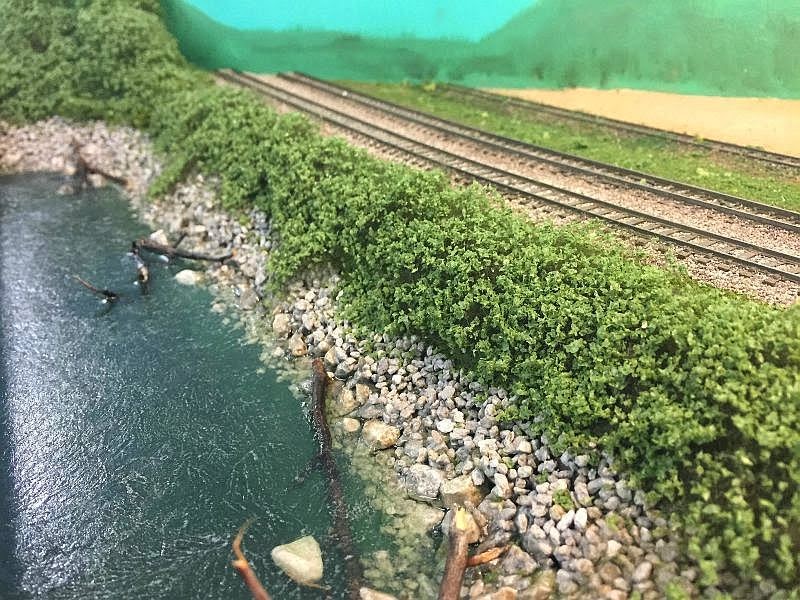 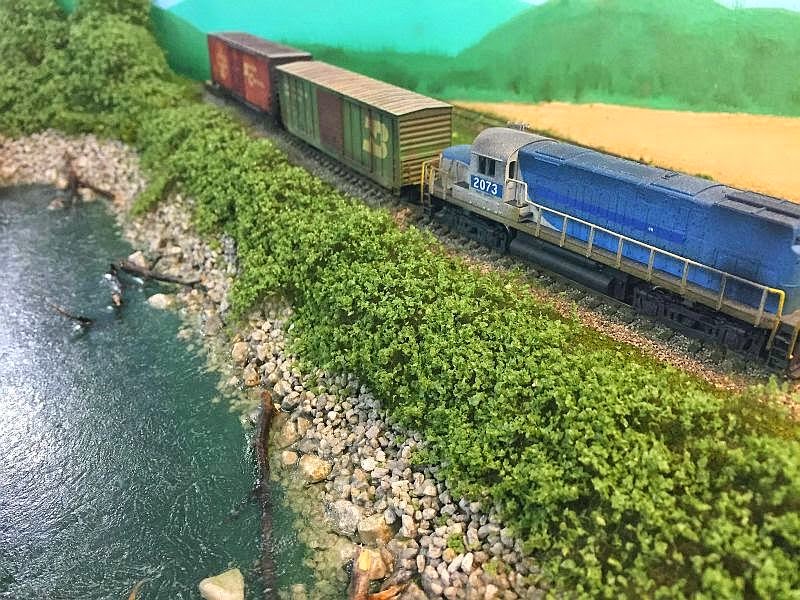 As always, thanks for your comments and also for following along with me...