Several years ago I met a modeler (Chuck C.) on and through eBay after he listed a custom built N scale F7B that he painted up for Rock Island.  It was done in the ex-Union Pacific scheme that was re-lettered to Rock Island.   After seeing it, how could I resist?

A few months later he posted another unique locomotive that he built and this one really caught my attention!  Being a fan of the KATY I had a hard time not clicking the "Buy It Now" button. The only reason I didn't was because he built it using an early KATO F7 that wasn't DCC ready and I was just not a fan of those early KATO F's

So I decided to drop him an email to ask him if it was possible to recreate that loco using a Intermountain F7A?  He replied  "Oh sure, that wouldn't be a problem at all"  So we set the wheels in motion and today, in the mail, I received that locomotive!

And a group shot

The rear unit is a stock Atlas GP40 from Atlas's first run.
The lead unit is another Atlas GP40 that I painted and weathered up a few years ago.  The 401-B will probably be seen with these units on the Little Rock Line whenever the FPPX coal train makes it's run.

In the late 80's or early 90's a friend and I was lucky enough to catch this unit on film in person on one of our many trips to Kansas City.  I think I used a whole roll of film on it that afternoon  but I never got around to scanning the slides so I had any digital images of it. 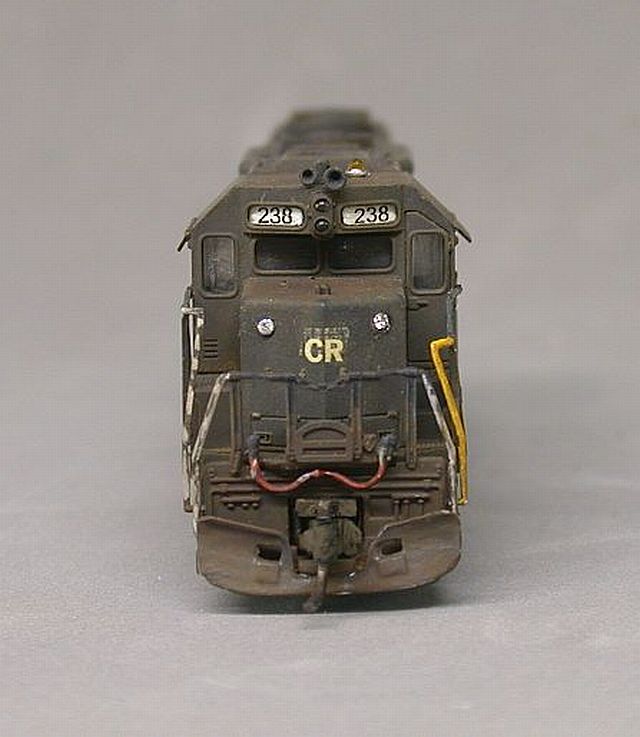 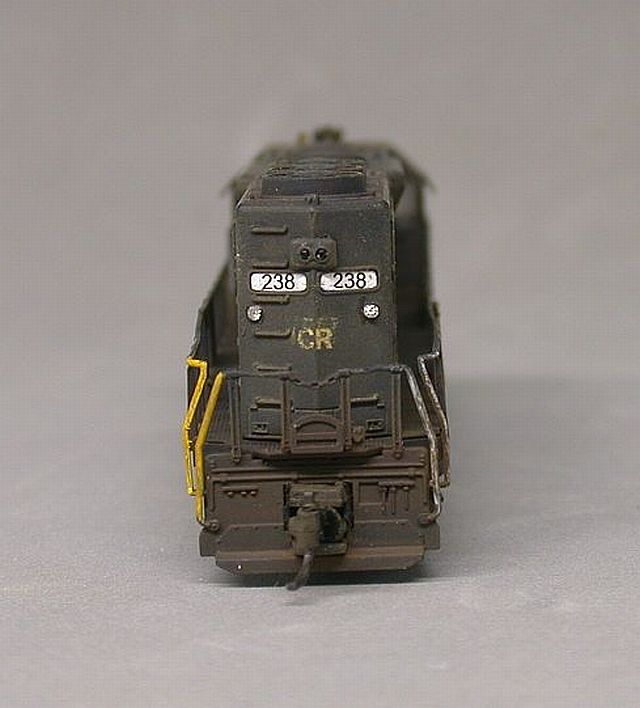 I modeled this as wearing the Penn Central scheme that it wore while working for Conrail. Later it was sold to the MKT who hastily added a road number over the faded CR number under the cab.

After the Rock shut down, the OKT [Oklahoma, Kansas and Texas] was formed and parent company, the MKT, was buying second hand power to in order to serve some of the Rock Island customers that was suddenly left without rail service in those states.

It wasn't until after the 1984 merger of the MoPac, UP and the WP, that I seen my first MKT locomotive in person!  The MKT got trackage rights over the MoPac from KC, MO north to Omaha, NE. and to Lincoln, NE as well.  This was nick named "The Siberian Division" by the crews as this was the farthest north that MKT operated.

It was on one of these trains that I first seen this locomotive but I had no idea what the story behind it was.  All I knew was that it was a Penn Central Locomotive mixed in with 4 other MKT locos, and that wired to the handrails with bailing wire, was a large piece of cardboard that someone using a can of black paint, sprayed on the letters "MKT".  I re-created the sign by printing the lettering onto a scrap of a brown paper sack, then I glued it to the railing.

That vision stuck with me for 28 years until I was able to re-create it.  Now I can add the 401-B to my MKT roster.