Last night I finished ballasting the mainline in Haskell.  I still need to finish the elevator tracks at Riceland, but I'm wanting to use something a little different. 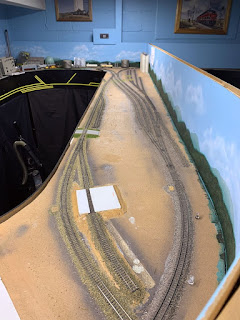 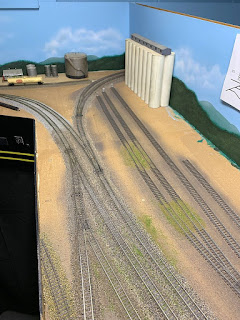 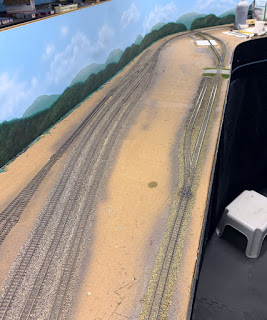 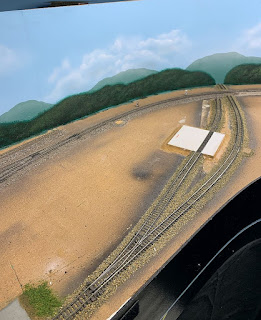 While I'm happy with the Arizona Rock & Mineral ballast and the way it goes down, the color is not what I was hoping for.  I used a color called KINZU which when dry was light brown in color, but after it was glued it turned rather dark, much darker than I hoped for.  I did try a sample off layout which wasn't bad, but on the layout turned much darker.

Here's a section that got dark. 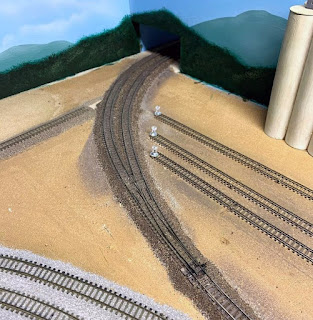 Here's the same ballast before glue was applied, quite the difference. 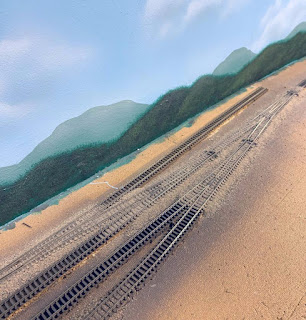 So with this I am planning to go back and use the Woodland Scenics blend that I made and used in Malvern several years ago.  The first picture is a stretch that I just glued down and is made from 2 parts Light Gray, 2 parts Gray Blend and 1 part Buff.   The second picture is the same ballast in Malvern after I added several washes of brown acrylic paint.  This is closer to what I'm looking for. 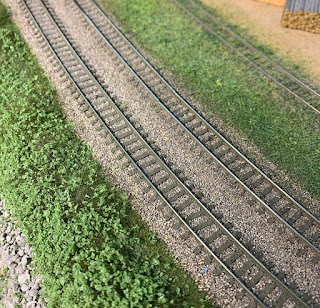 For the Riceland elevator tracks I'm shooting for a look as if the tracks are sitting in dirt with very little ballast visible.  I did a couple of sample spreads.  The first image is using John's brown ballast, the second is using Woodland Scenics Earth ground foam.  I sprinkled a bit of blended turf to give me an idea of what it may look like.

Also I think I'll add some darker soil colored foam or some of the John's brown ballast or maybe some AR&M Yard Mix ballast for a bit of variety in color.  I also plan to come back later with some lighter colors of foam for a better mixture of weeds as well as some static grass.  So far it looks promising. 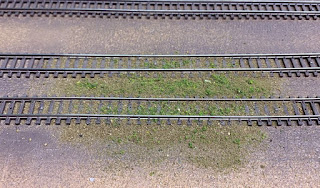 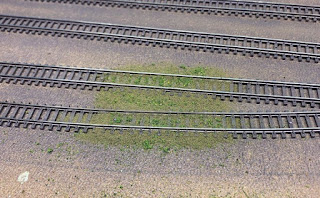