Riceland was left in the dirt.

In the last post I stated that I had the Haskell ballasting complete, except for the Riceland elevator tracks because I wanted the tracks to look as if they were sunk in the dirt or mud.
Last night I got them finished as well.  I decided to use some John's ballast that was fine brown from an old stash that I ran across.  Leading into these tracks I used up the last of the AR&M Kinzu I had left which just covered the tracks through the turnouts and used the John's ballast to cover the rest of the tracks.  I tried to blend the brown ballast over the Kinzu ballast without the best results.

Luckily I had just a small amount of the Kinzu left so I started sprinkling it over the brown until I was happy and then with the small amount left, continued to sprinkle trace amounts over the rest of the elevator tracks so it looked like there was a bit of actual ballast showing through the dirt/mud. 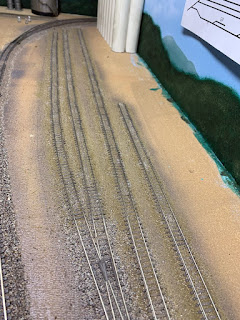 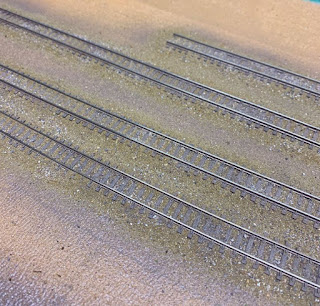 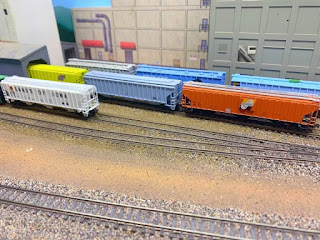 Eventually I'll come back with ground foam and static grass and add it up to and over some of the elevator tracks for a more weedy appearance.

I did break down and ordered a large supply of ground foam from Scenic Express.  Once it arrives next week my plan is to get the base ground cover of earth and grass/weed glued down and get rid of the solid brown paint that I've been staring at for the past several years.

This afternoon I began to replace some of the buildings and cars that I moved out of the way so I could ballast, not sure why I did that as I'll only have to move everything one more time?  So while things were somewhat back to normal in Haskell, I snapped a few pics, so enjoy.

I can see that I may have to invest in some Photo stacking software in the near future? 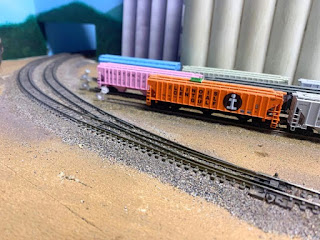 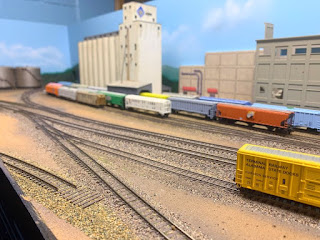 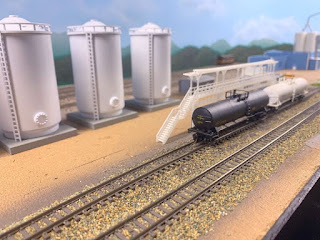 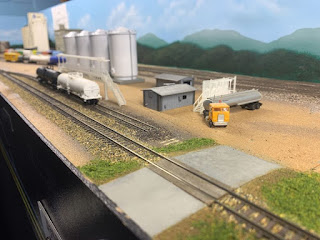 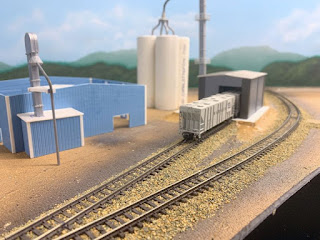 Spring IS almost here, so I'm hoping in the next post Haskell will look a little more like spring?