Preparing for the new session

I've got the layout all staged for the new reduced Ops, but I gotta find a better word for this, starting to sound redundant.

While doing so I knew I wasn't going to be running the W&OV, the ICG or the yard in El Dorado, but I wanted to setup cars to pick up in Haskell that came from Malvern, and seeing how I just got a new phone I wanted to play with the camera, so I shot a couple of videos.

The first one is just following the Winnfield local as I was testing the train and consist.

The second one is of the W&OV Switcher going about gathering up the cars in Malvern.

This picture shows the overall view of the area, Malvern is on the left and Haskell is on the right. 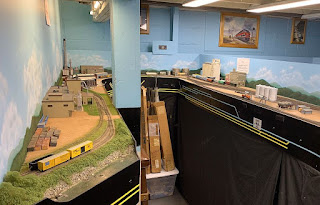 This is the track plan of Malvern. 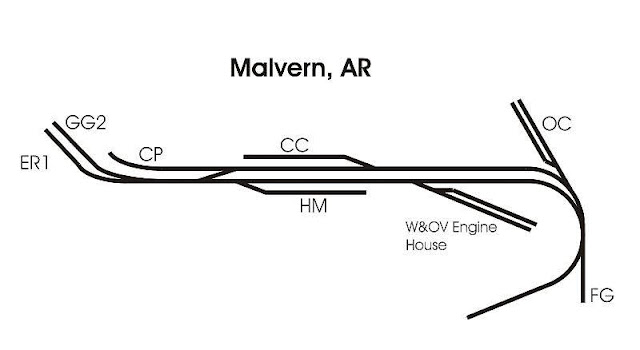 I can see that I will need to replace the three little fluorescent lights above Malvern with LED's now.  It's really yellow compared to the rest of the layout!  Ugh...