After getting the bulkheads assembled and painted the next thing I wanted to try, and something I've been wanting to try for sometime now, was to do something about those FAKE looking wooden decks that all flat cars seem to have. Ugh!

I knew it could be done using those peel and stick laser cut wooden decks.  I found some on eBay at $13.50 for a set of four.  That makes them around $3.40 per car, but the only drawback, I can only find ones to fit the MTL 50' flatcars?

I also read somewhere awhile back that it can be done using paint and weathering supplies, but couldn't quite put my finger on it where I seen this. So I turned to my old friend GOOGLE.


I followed what he did with the exception of scraping the decks and moved right on to applying the white paint that was diluted just enough so that it flowed.  I applied the paint to decks without applying any dull coat for added tooth.  It seemed to grab just fine? 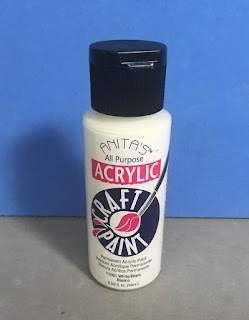 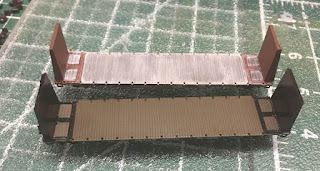 The author used a "Dye-na-flo" fabric paint for the coloring which I didn't have so I grabbed a bottle of brown and black acrylic as I wanted the decks to still have a brown color. 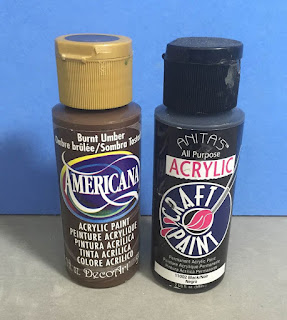 After the white coat dried, I applied the brown/black wash coat.  I thinned it down but not quite as much as I did with the white undercoat.  This I brushed on and spread it out randomly and let it dry.  I went back a few times and added a stronger dose of un-thinned black and brown and spread it out a bit so as to give the look of oil spills and non bleached wood.  I think I could give them a bit more of this treatment because to my eyes they look a little light yet? 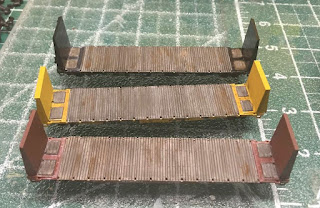 After only a few minutes, they were dry to the touch.  I might go back and add some black spots for grease marks as well as rust colored patches. 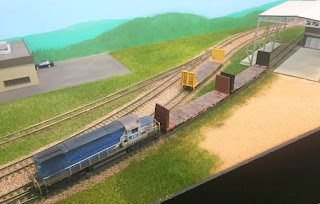 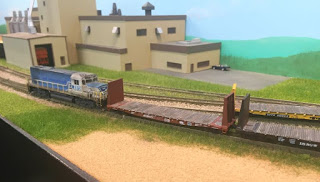 Overall I'm very happy with how the decks turned out for a quick and dirty upgrade.  Next I need to get out the weathering supplies and attack the overall cars to make them look well used.   After that I need to look into making some different types of steel loads for them.

I wish I could find more of these old Red Caboose kits...

Jump to: Bulkhead flats anyone? Let's load'em up! pt3