Another session is upon us and with it brings a new operation that I've seen posted on Youtube by DJsTrains as seen on the previous post.

He explains how a simple interchange works with no run around.  It looked simple enough and I got to thinking that I should be able to apply it to the ICG interchange at Ruston, LA.  Right now I have two sidings there and the simplest thing to do for now until I see if it will work was to place a blue flag [simply a piece of blue tape] on one of the sidings and treat it like it was out of commission for now. 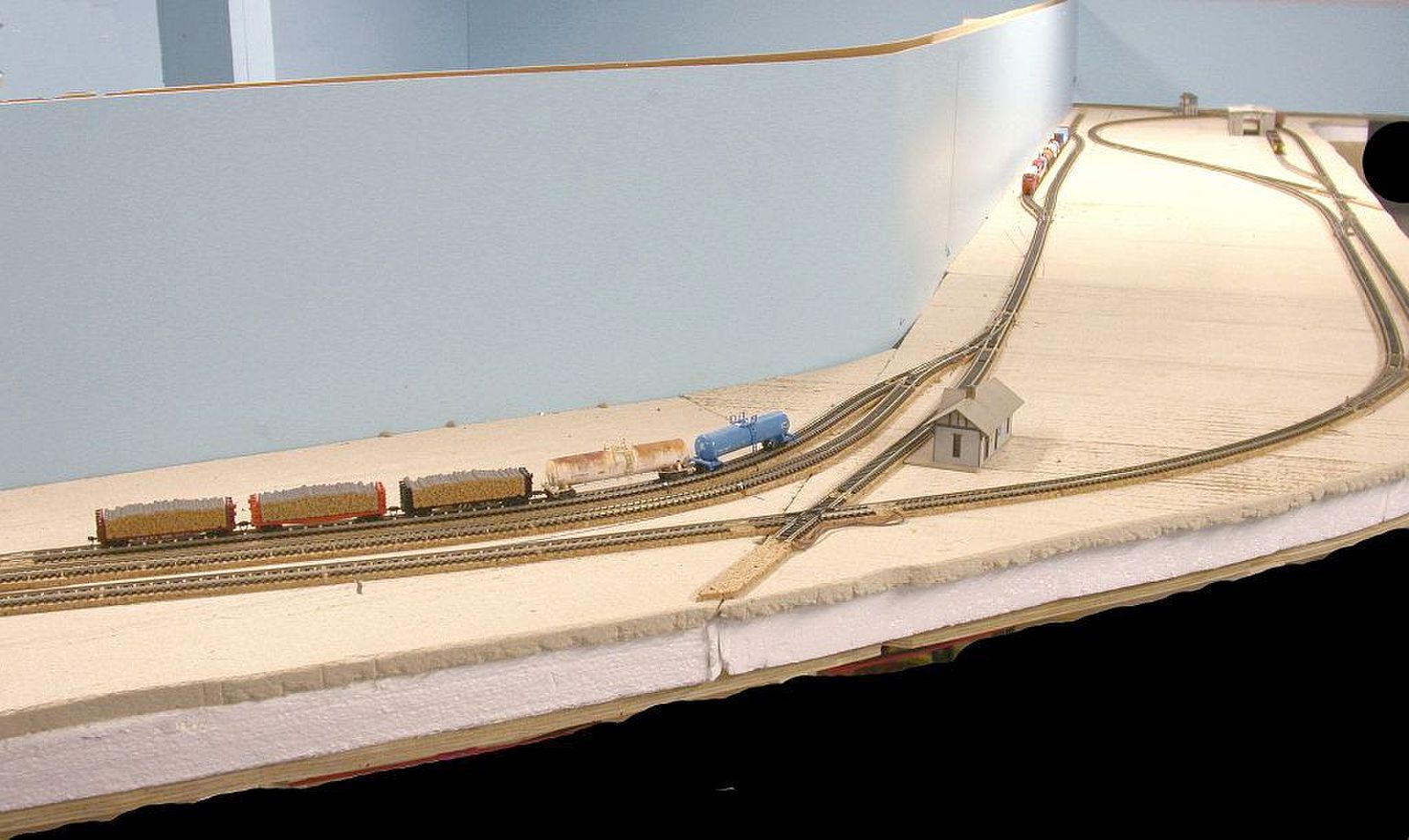 I gathered some cars and staged them to simulate the ICG and the Winnfield Local.  With not much work or time, it played out pretty slick.  So I think we'll give a it a go on this session.  As mentioned before, this will make the two crews have to work together as opposed to having the ICG drop it's cars off at the beginning and then have the Winnfield local stop by and grab them on it's way back from Winnfield.  Kind of excited to see how well this works within the session and how much confusion it'll bring.

Another thing I'm working on is a timetable.  For now I'm not wanting to get overly involved with this and have to use a dedicated fast clock and a lot of extra paperwork.  I'm planning to use this more so just to space out the traffic so we don't get things too jammed up.  I only have one siding long enough to allow any of the run through trains to meet and that is at El Dorado.  In past sessions we've had occasions where two of the longest trains have met in El Dorado and one of the trains just barely fit in the siding.  While this can bring a little extra excitement and challenge to a session, it also takes time away from the session.  For now I want things to flow before setting up this kind of a bottle neck in the sessions. 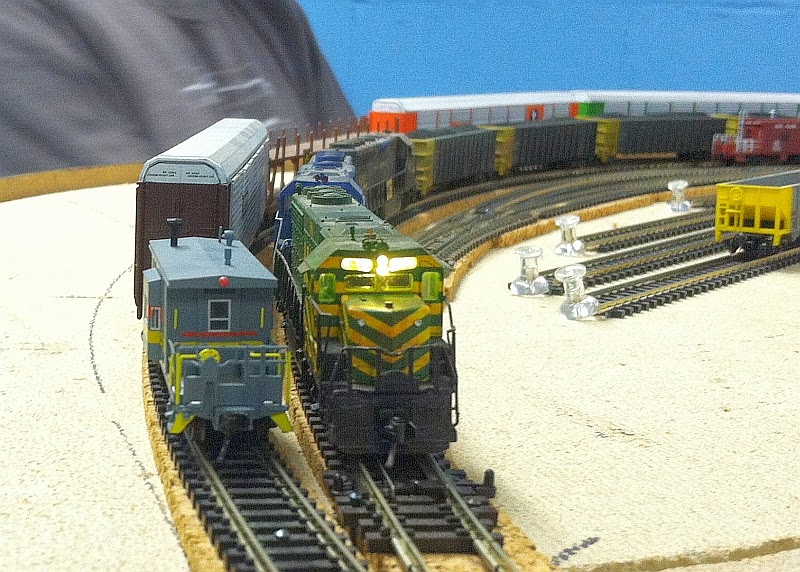 That's a little too close for comfort!

Well this got me to thinking that I needed to make up some sort of timetable or schedule to avoid this the next time.  I'm working on this right now, but it's kind of slow going as I really have no idea of the best way to go about it.  So it's trail and error.

I did download a Fast Clock app for my iPhone and I adjusted it to a setting of 3:1. Wanting to see how much time it would take to get from the main yard to El Dorado and back, including swapping out cars on the A/D tracks.  Doug and I ran two of the four manifest that feeds El Dorado, wanting to keep the speed somewhat prototypical we set the throttle at 18%-20% and measured the train with my Accutrack tunnel.  It was showing them traveling around 20mph. At this speed it took approxamtley 12 fast minutes to reach El Dorado, another 20 minutes to set out and pick up the cars on the A/D tracks, then another 11 minutes or so to return to the main yard.

After discussing this we decided to allow about 45 minutes to an hour for each train.  This should give enough time to for any set backs each train may encounter.  Another reason for wanting to spread things out is on the past sessions we normally started at 7pm and it would take about three hours to complete each session which would end around 10 to 10:30 pm.  Some of the crews would have to bail before the session was over.

Talking to Steven, he told me that they run from 10am to Noon, take a lunch break and then would continue around 1pm for another couple of hours.  So this time I plan to to start at 5pm and run till 9 or 9:30.  It will also hopefully keep us from feeling rushed during the session.  Setting the clock to a 3:1 ratio will give us a 12 hour fast session or the equivalent of 4 hours real time.  The extra hour should relax things a bit, I hope.

In the future we might talk about the chances of running a day session instead of a evening session.

I've got the tracks cleaned, the paperwork printed and the manifest are staged as of last night.  I need to get a few of the cars positioned on the layout, run the trains to see if they need their wheels cleaned and make sure their running OK.  Then just tidy up the basement and we should be ready.

Once this session is over I have a bunch of outside work to complete now that Spring is here.  Once I get the work done, I plan to finish up some projects on the work bench so I can continue working on the buildings and scenery in Malvern.  I also have some problems with the DCC system that I need to get to the bottom of.