I got the first stretch of new track laid down in the main yard tonight.

No wires yet so I just used a couple of jumpers. 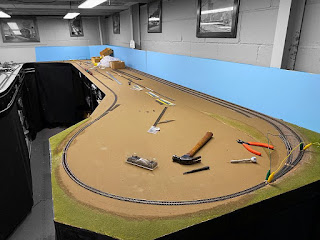 And a quick video.

The design keeps evolving, hopefully for the better.

The first design was simple and clean.

The second design seen the addition of a separate car storage track for the industries which was double ended.  This would allow the switcher to get on the other end of a car so I could have spurs on the blue industry track that would face both directions.

I retained the two green tracks for the two through freights.

One of the yard tracks would now hold pre-consisted locomotives that could be rotated through for each additional operating session. After each session, the current consist would be placed on the left end of that track and the consist on the right would then be shuffled to the engine facility. This would give me the chance to use a different set of power for each session and add variety.

It would also give a timeline where I could service the consists.  After every rotation or every other rotation, I could service and clean the consists, or even change out the consists with a new batch if so desired, thus giving me even more variety.  In a future post I'll explain more why I'm using pre-consisted power sets.

This next design had a few more refinements.  From suggestions of a friend, I added two shorter car storage tracks, the idea here was that it might resemble a smaller interchange yard within the main yard.

I wanted a simpler yard design to go along with the simple operations that I came up with awhile back.  So time will tell if the yard goes through another design evolution.  But for right now this is the one I'm planning on. 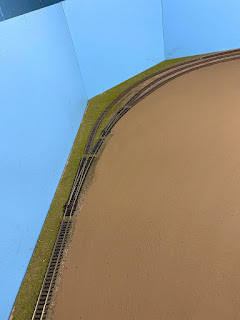 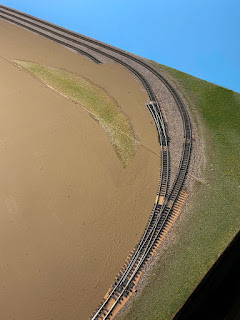 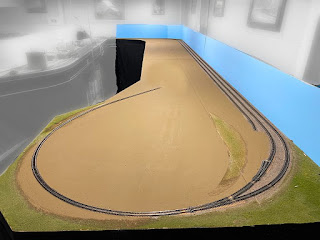 The only bit of track that remains on the yard is the outer loop along the backdrop and the two staging tracks.  I just need to tie the three tracks together to form the two siding and I can start relaying things. 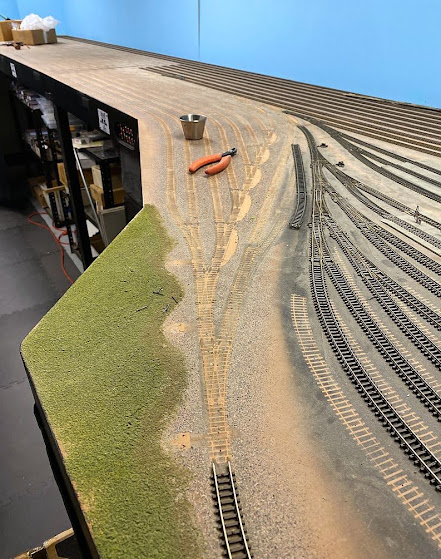 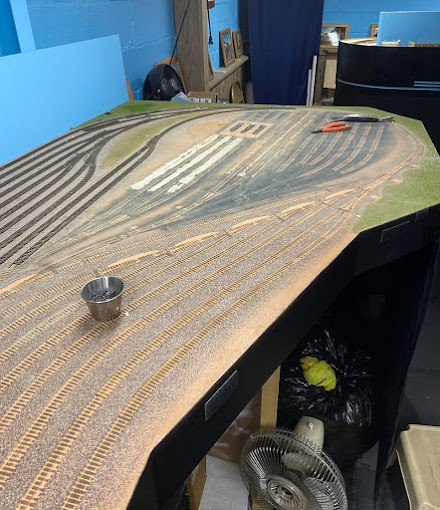 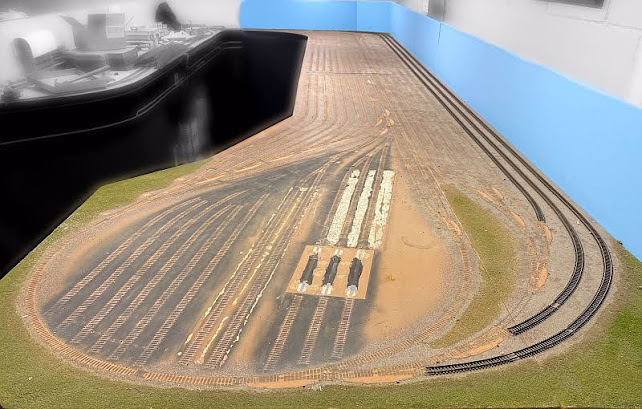 I'm planning to tie the three tracks together in the curved area with large curved turnouts so they'll be easy to reach.

Over the course of a week, I've been able to get the first half of the yard ripped up, and decided to leave some of the existing track in place to use for the rear track and the two sidings. 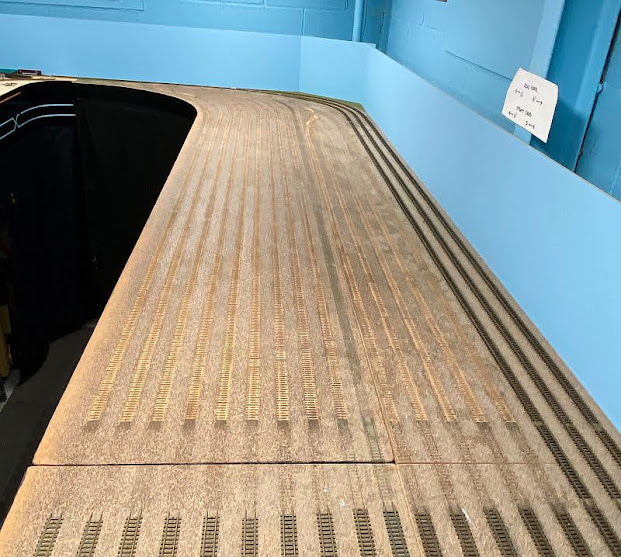 Been making a little progress ripping up the tracks in the yard and while I was doing this the light went on.
I decided to move the two turnouts for the two rear staging tracks to the left end of the yard around the curve.
Originally I was going to have them on the tangent just after the curve.  This will allow me to reach them a lot easier as well as giving me a bit more length should I need it.

If the geometry looks off, it's because I shot it with a wide angle setting on the iPhone.  Notice the length of the turnouts, both are large, the second one is curved.
Posted by Allen H. at 9:50 PM No comments:

It feels good to get back to the layout.
It's been a year since I walked away from it due to the bathroom remodel and getting back into some railfanning.  With the weather starting to change, the leaves have fallen off most of the trees already and what little time we had to get some fall foliage colors recorded was ruined with all the smoke from those late summer fires made the sky look gray and dingy, so I decided to turn towards the layout again.
I already posted of the plans to redo the yard in El Dorado and the main staging yard.This afternoon I got out the tools need to start removing the track.
Here's the first three turnouts removed. 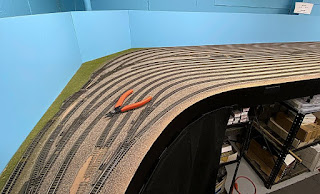 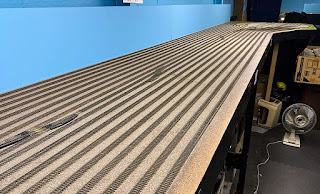 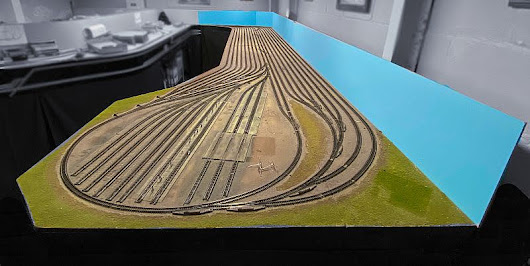