As I progress on the layout, I have come to realize that I have fallen into the age old trap of cramming 10 lbs of crap into a 5 lb bag.

Fordyce is a good example of this.  In the images below Fordyce has two industries.  One is the Flappers Chicken Plant, things were fairly OK until I added in Gavilon (the one in the background of the first image), I added Gavilon so I could even out the workload back when I had two locals running on the layout.  I really like the premises of Gavilon but it got too close to Fordyce.

So I never got around to working on Fordyce until now.  The easiest thing that can be done is to remove the actual Flappers building and only leave the siding for the Tallow loading of tank cars.  By doing this it'll leave me a lot of negative space for scenery and hopefully I'll be able to make some sort of view block.

What I've come up with is to add a slight hill, maybe no more than 2" tall and add some tall trees which will somewhat block the view of Gavilon, at least at track level.  I'm also hoping it'll also help force your eye to the middle of  Fordyce a little better?

This what I had planned for Flappers at Fordyce. 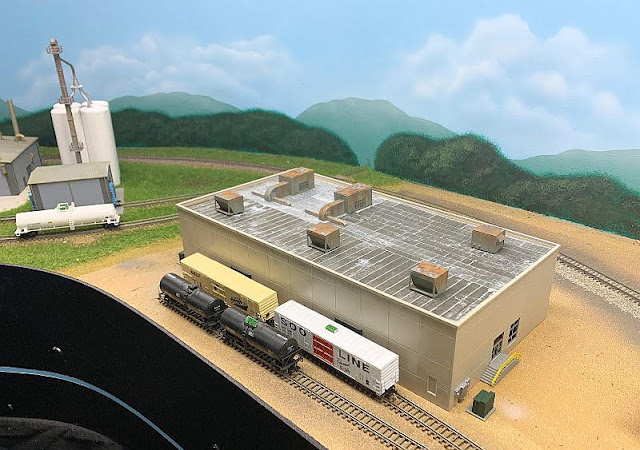 It's literally a stones throw from Gavilon on the outskirts of Haskell.

So I started removing everything today and wound up with this, a wide open space and one siding for the tank cars.  It's a bit long but as a friend said "Try to make it a bit longer even though it will only be a two-spotter so there's "breathing room" 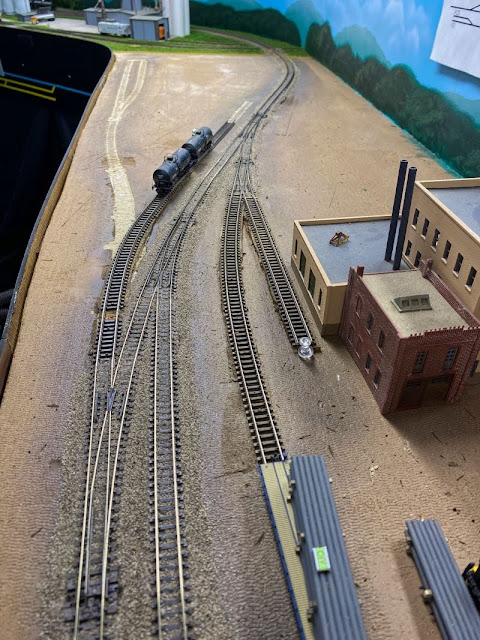 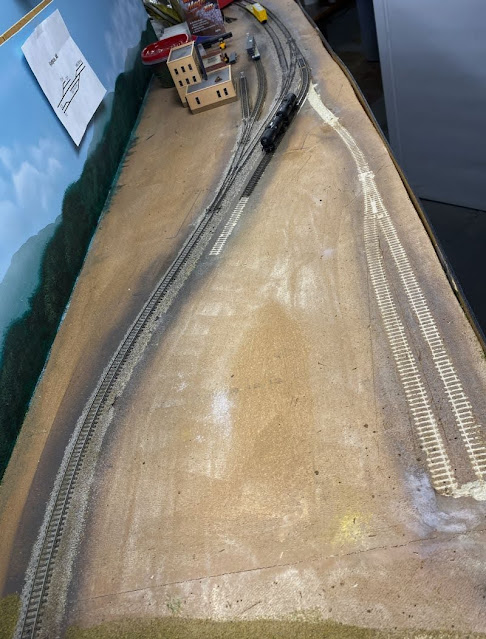 This give you and idea of how much space I have to work with.

Here's a rough rendering of what I have in mind. 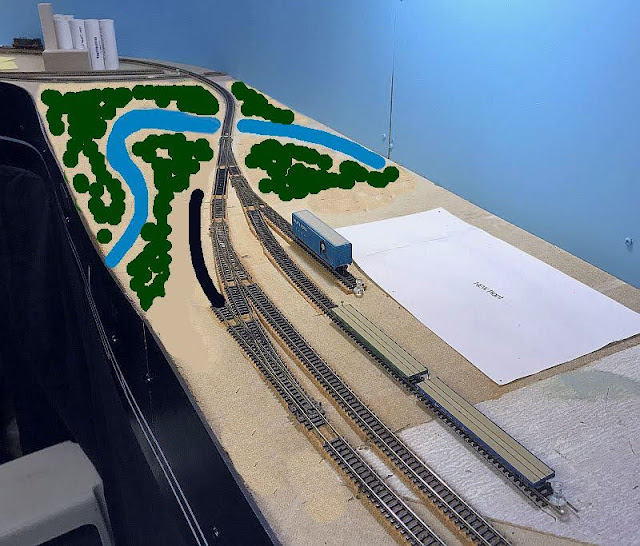