A sand tower for the Biddle facility

After getting the engine shed far enough along, I started looking at adding some of the other necessities to the scene, one of which is a sand tower.  I found a couple of kits, one being the Stewart kit, which was in my opinion too small.  So I started looking around Google to see what I could find to mimic with a scratch build.

I found this one from the CWE layout 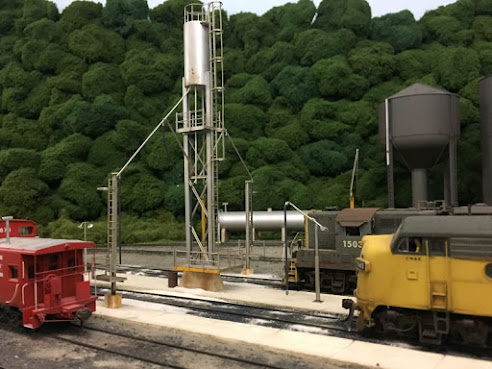 I kept snooping and I found this prototype from somewhere in New Mexico on the Santa Fe. 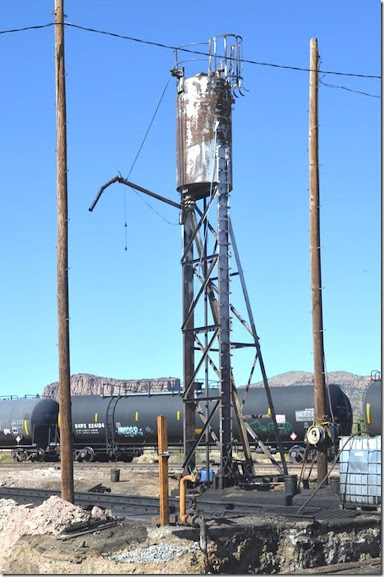 So I decided to try and make a close copy of the Santa Fe version but with different piping and hoses.  For the main tank I cabbaged a part from an unused kit, the uprights were Evergreen "I" beams and the rest was made from misc Evergreen strip stock.   The top railing is from an old Walthers "HO" ladder stock that I bent to fit a square of styrene.

I still need to make the "X" bracing and then work on the piping, hoses and ladder.  I think it's a good start? 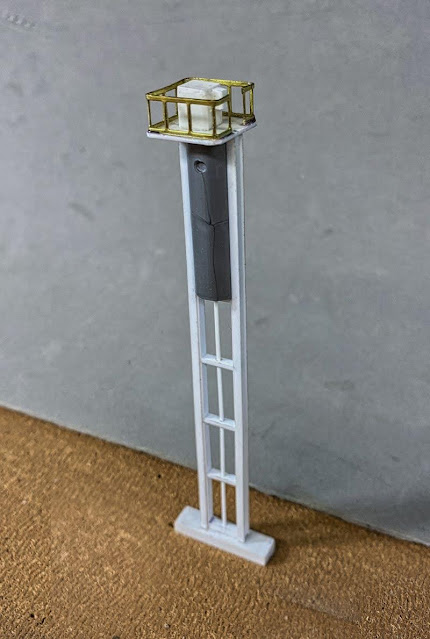 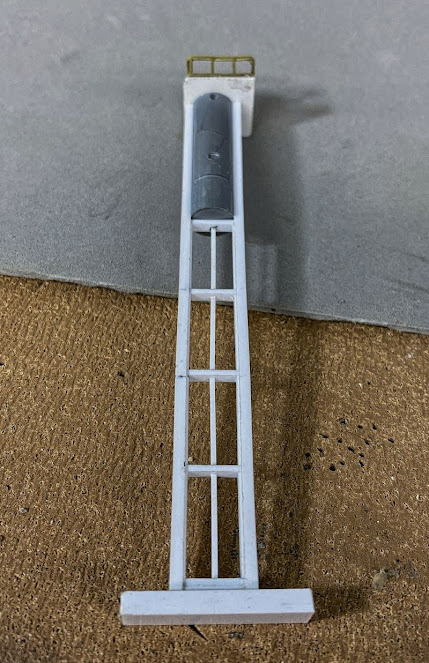 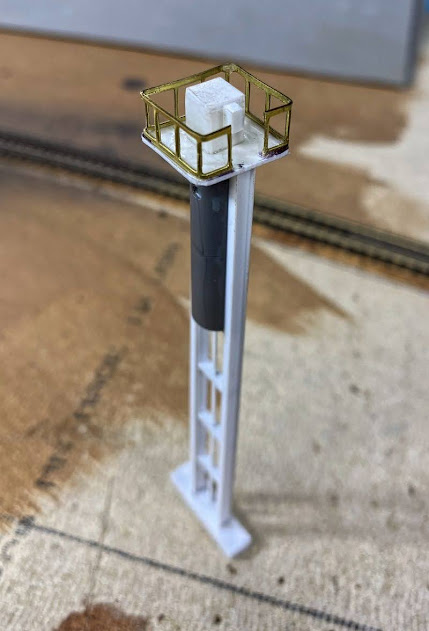 I may have to move the fueling track away from the building a bit, but that wouldn't be a bad thing. 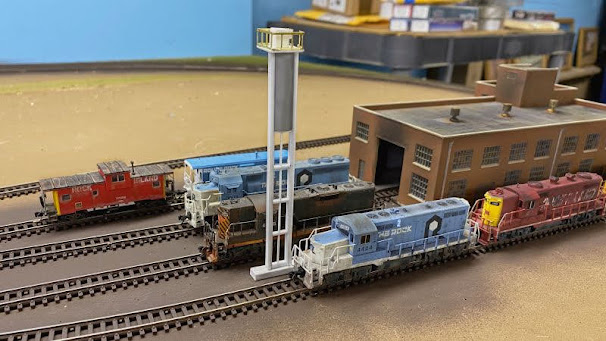