With the majority of the track done in the new yard, the next thing I needed to do was to fill in the missing ties.  This is done by simply removing some ties off old track, slicing off the spike heads and slipping them under the rails where the ties are missing.

I used PECO C55 this time and since the rails are embedded further into the thicker ties I had to find some thinner ties.  I scrounged up an old section of ME C55 flex and started removing the ties.  As before, I sliced off the spike heads and sanded them down a bit so they'd fit snuggly. 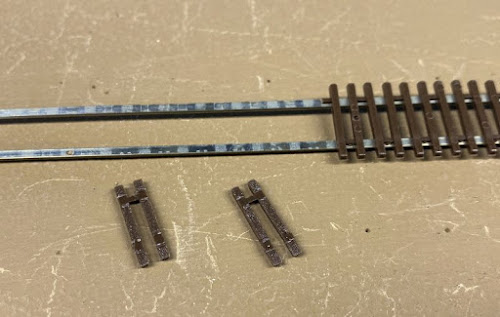 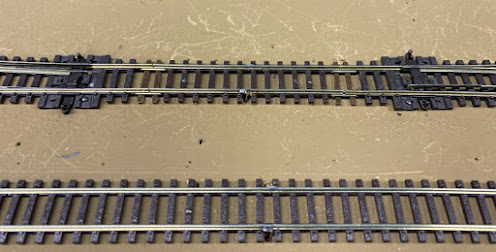 In a case like this where I used insulated rail joiners, I took another section of ties and shortened them on one end (close to where the rails would sit) so they will just butt upto the insulated joiner. 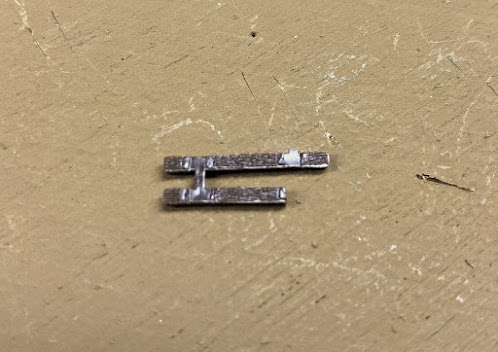 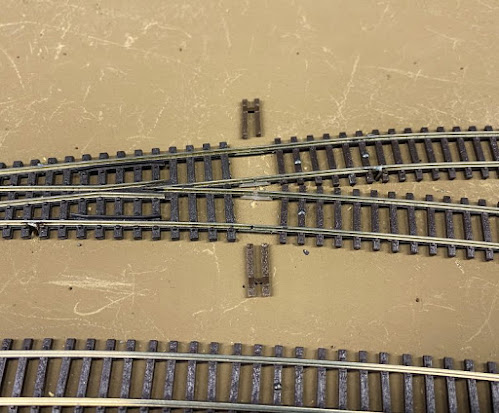 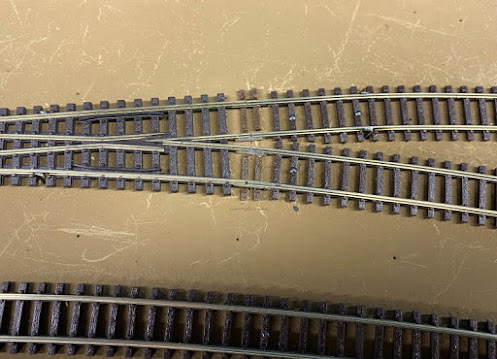 In this situation, again, I had insulated joiners but really couldn't shove them under the center track, so I got creative and shortened the middle section and did the outer two sections as before.
Now if any of the ties are loose, I'll come back with a small drop of CA glue to hold them into place until I get the ballast installed. 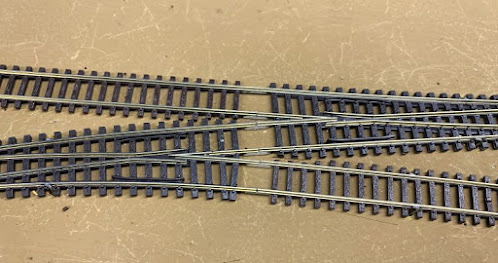 I suppose there are better ways of doing this, but this satisfies my needs.  The ME ties are narrower and thinner and they do not match the PECO ties perfectly, but these will do fine.  Once the track gets painted and ballasted they should blend right in, besides that, most ties are installed unevenly anyway.  But at least you won't see big gaps in the ties.