Gavilon's piping, sticking of the fork

Going to stick a fork in this scene for now and call it done. 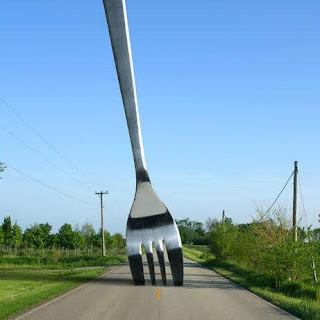 There are a ton of small details that can and will be added to this scene, including weathering, signs, people, vehicles, trees, etc, etc.

As much as I love N scale, I've recently been having thoughts of moving to a different scale... but wasn't exactly sure why?  (rest assured I'm not leaving N scale).  I think some of my issues was that some nights I would go down to the basement and see just how much I had to do to the layout (scenery wise) that I would just sit there and stare at it, wondering what to do next, where to start the next project or just contemplate if I would ever get close to finishing it,  and then eventually turn around and go back upstairs.

Sure, a larger scale would mean less to model per scene but the overall space is still the same square footage to fill.  There were other thoughts as well that come with a larger scale but those would have been nothing more than bells and whistles and some extra sugar on top, which held nothing of real interest for me.

After discussing this with several friends the conclusion that surfaced the most often was that I needed to unfocus on things and step back.  Instead of trying to finish each scene with all the details, I should instead get the scenery roughed in as I have at Gavilon, and then move on to another scene, then when the mood strikes me, or if I get some inspiration or find that perfect detail for a previous scene, then go back and add it.

On a layout the size as mine (and I do not consider mine to be a large layout), there is still a lot of area to cover and a lot of buildings to assemble.  Which I have come to the realization is not going to be a quick thing if I want the scene and buildings to look presentable and not just a conglomeration of plastic and foam that is hastily shaken up, slapped together then thrown down on the layout in rush just to get the layout finished, which as they always say; "A layout is never finished"

So my goal now is to try and just get the scenery roughed in, then move on to the next scene and repeat and try not to get overwhelmed with the small details.  A friend recently reminded me of a quote from the late great George Carlin. 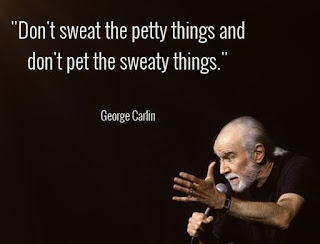 So this is where I stand at Gavilon for now. 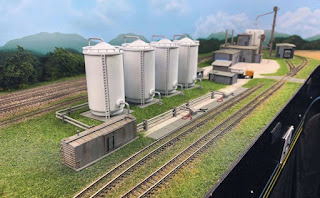 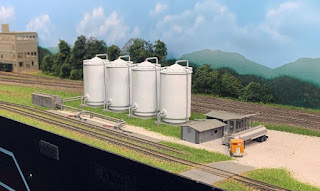 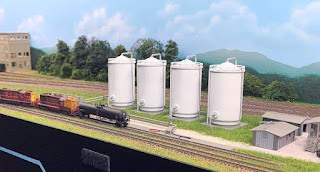