I stopped in Malvern last night to see how things were moving along with the Olin-Chlor plant.  Looks like the building and the new pad was finished and also looks like the new storage tanks are going up.

I finally received my Tomytec upright storage tanks.  Wasn't real happy with their choice of color, but what are you going to do? 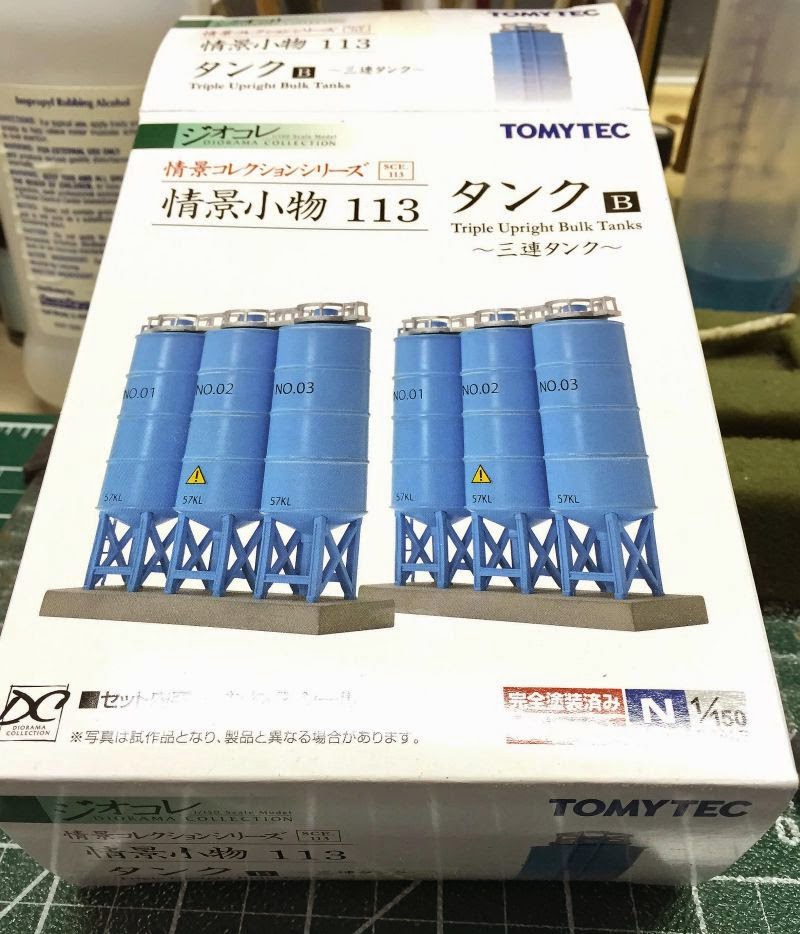 The other night after a little debate and a few texts to Steven and Greg, it was decided that they should be painted white. But first I wanted to give them the same treatment as I did for the piping cage and distillation towers. 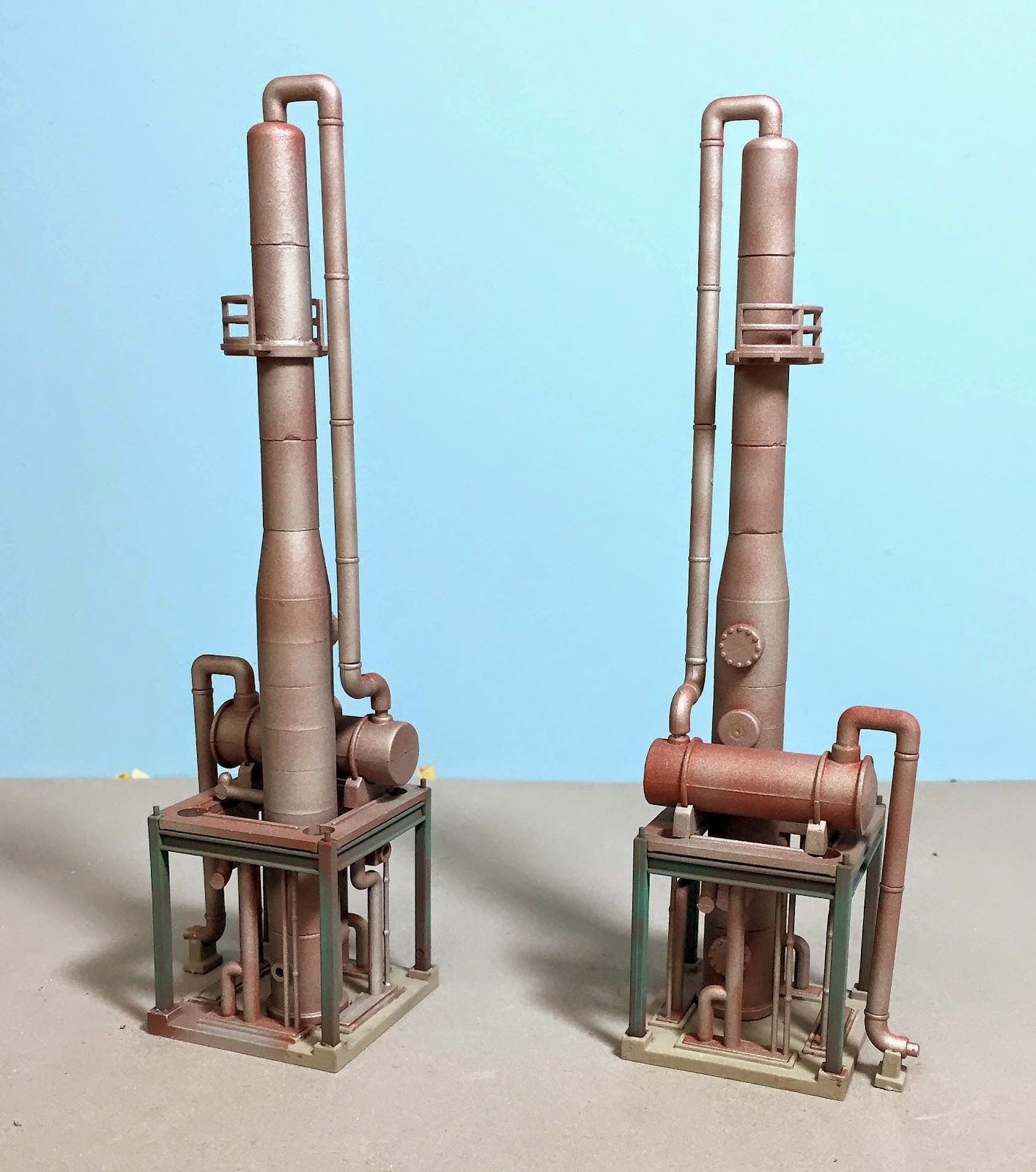 After gluing the bottom funnels to the tanks I cleaned up the mold lines up and then shot everything with oxide red for a base coat. 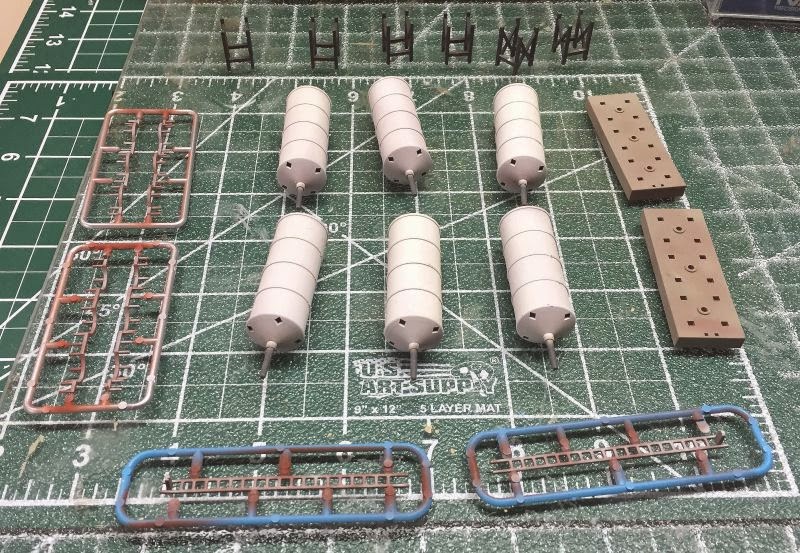 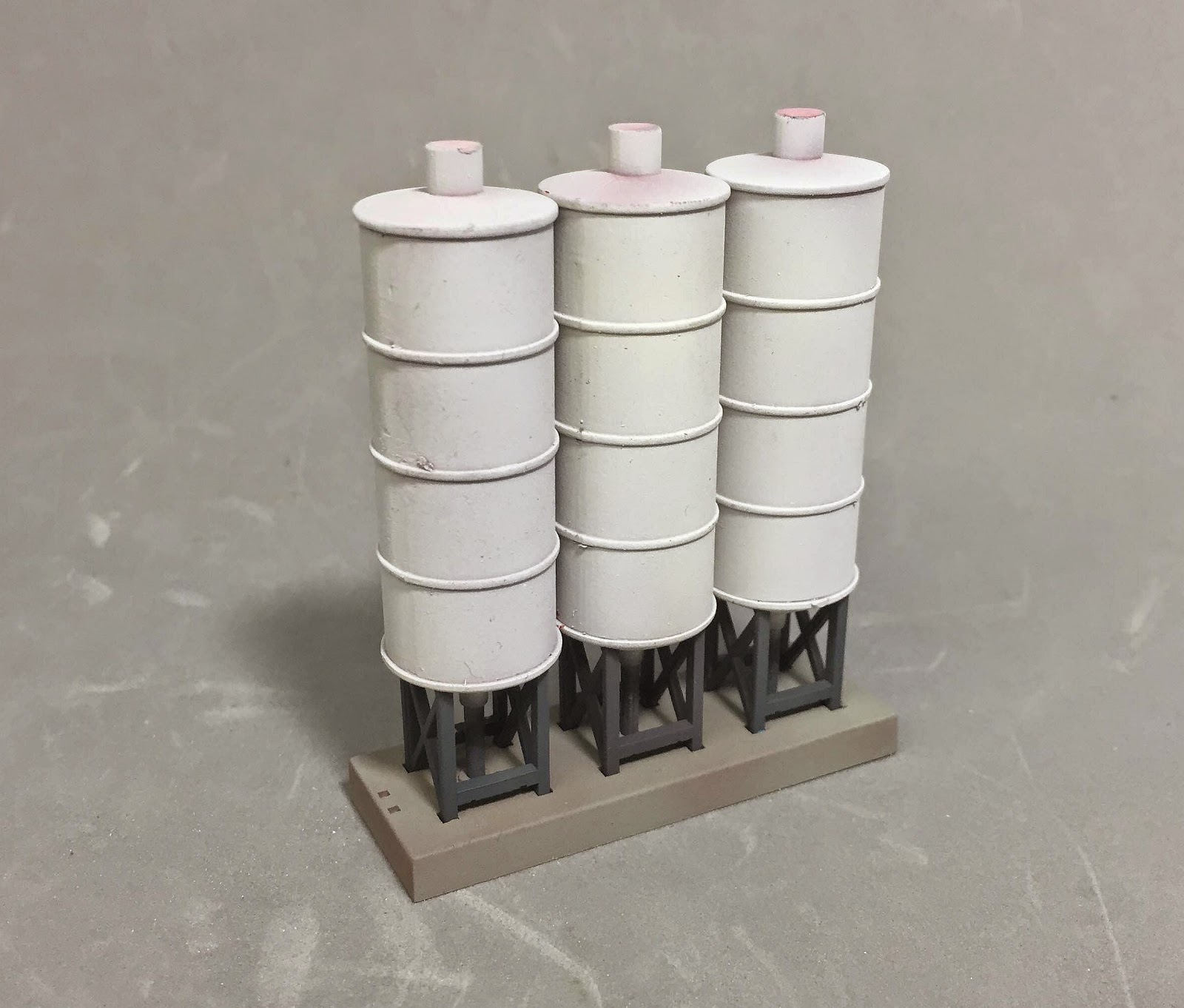 So far things were going good until I got the walkways.  These I sanded down the thickness a bit, but no use.  These things were just TOO DAMN THICK.!!  After snapping a couple of pics and sending them off to Steven and Greg for approval or rejection, may answer came back  REJECTED!
I have to say I agree with them. It's too bad too, these are really pretty nice looking kits if it wasn't for the catwalks and railings. 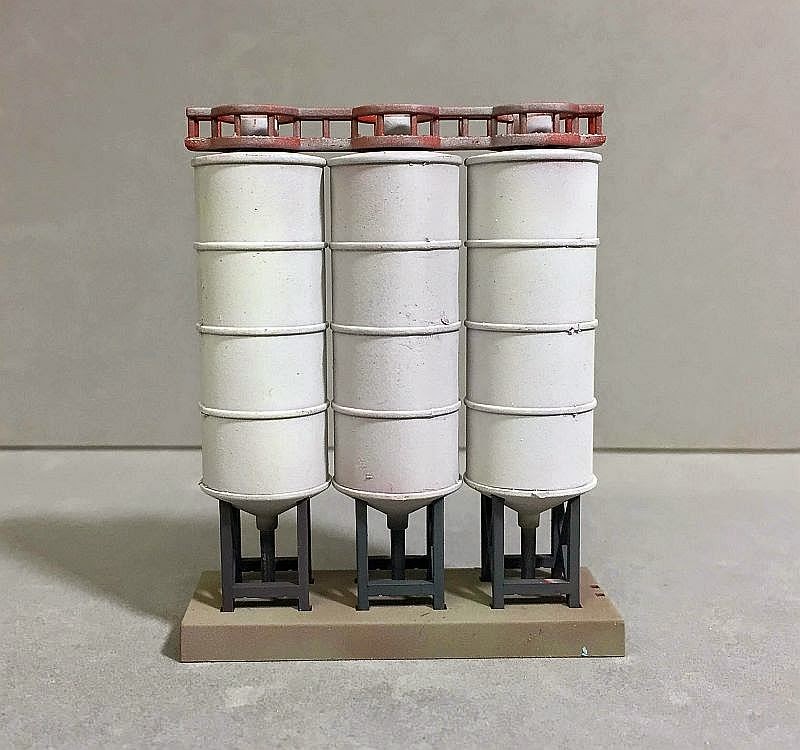 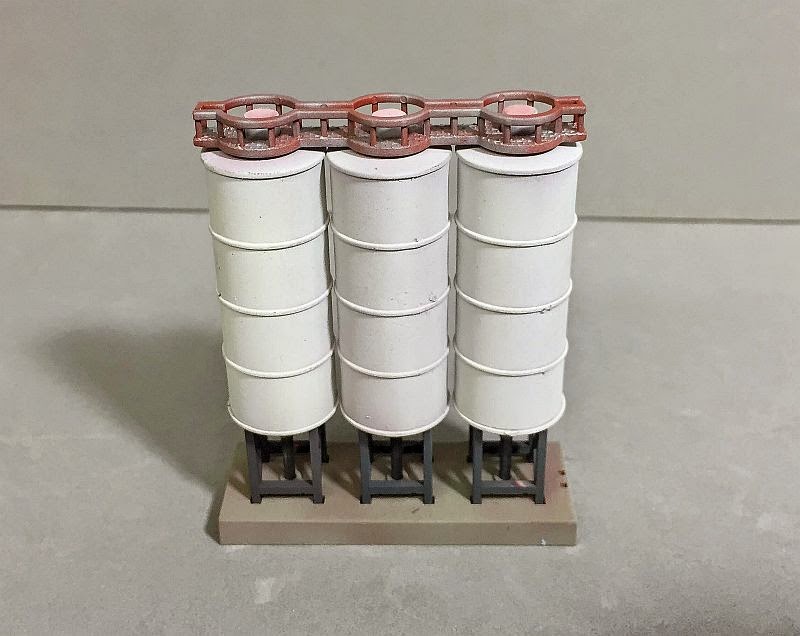 I did think ahead and ordered some Gold Metal Model industrial walkways just in case, and it looks like I'm going to need them too so, back to the drawing board...

I think I'm going to see about adding a ladder with a safety cage so I can replace the ladders which are almost as think as the railings.

Another thing that is missing is there is no piping for filling these tanks.  But I think I have plan for that.