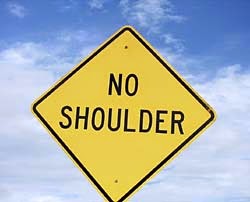 After getting the roads poured in Malvern, the one that  lead back to Olin-Chlor was a little thick since I wanted it to be at the same level as the track when it crossed it.  This left a huge drop off  that I was going to have to fill, but how? 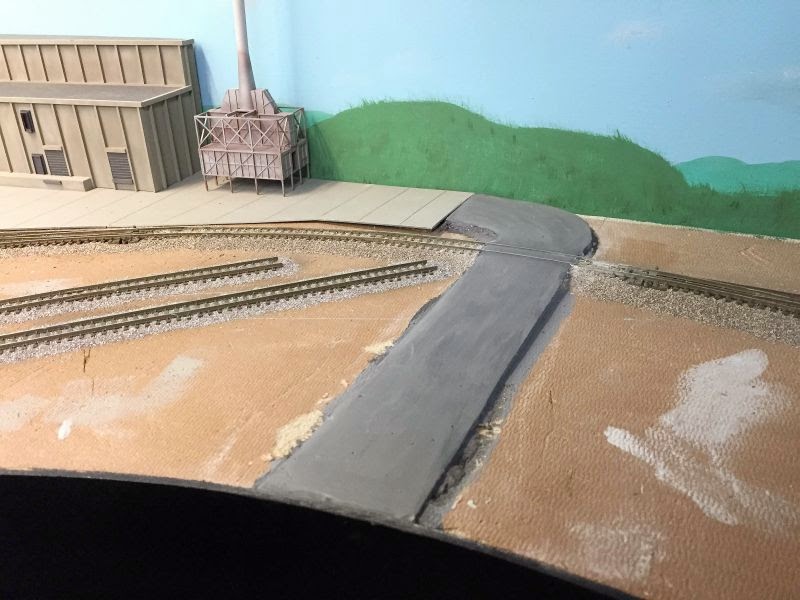 My first thought was to use plaster, but the sanding dust, ugh!  I also thought about using ground goop but have never used this stuff before.  Hmmm?

So I grabbed a bag that I had picked up at the recent train show and got after it.  Right from the get go I could see this was going to about as messy as plaster.  I didn't like the results so I quickly scraped it up and cleaned the area the best I could.  I got some smeared on the road [of course I was in too much of a hurry to tape things off] so when I'm done I'll just repaint it.

Later I thought why not just fill it with some sanded grout? It's cheap and I've always wanted to give grout a try since reading about it on the forums and seeing the results. But not having any on hand at this time of night I decided to grab some old ballast and see how that works.

I found a Cool Whip container with some old Woodland Scenics Fine Buff.  I used a spoon and sprinkled it up next to the road and then feathered it out away from the road's edges using a small block of wood like I've done before to tamp my ballast.

Once the ballast was in place and feathered out I sprayed it down with 70% Alcohol and applied the glue mixture just like I would when gluing ballast. 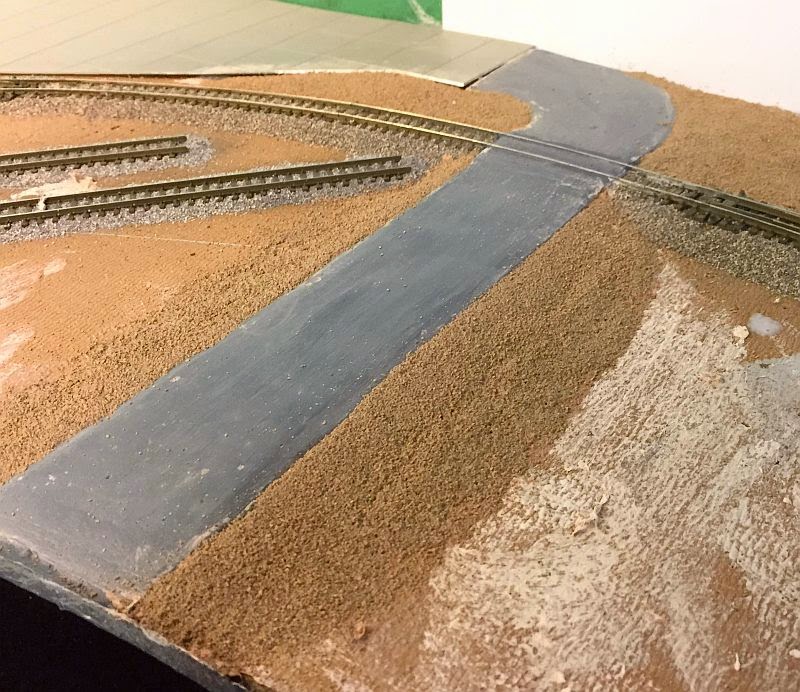 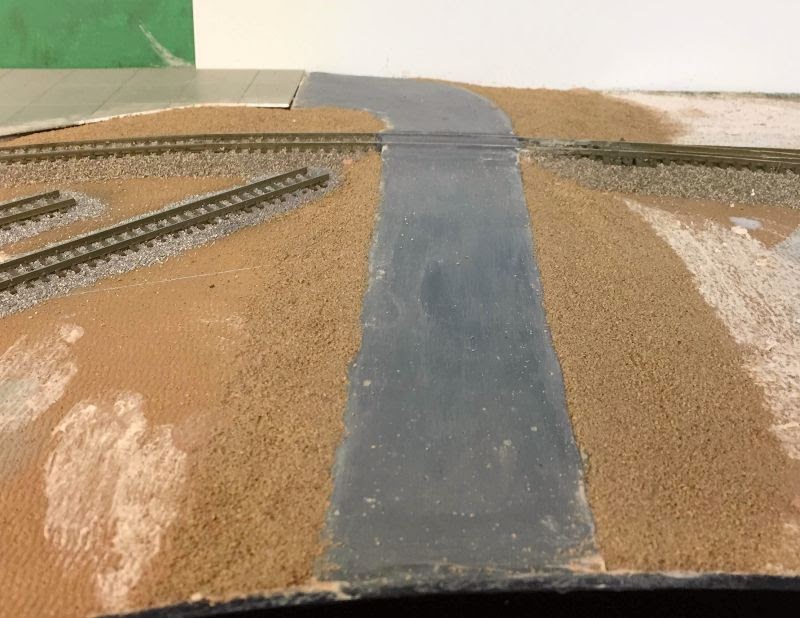 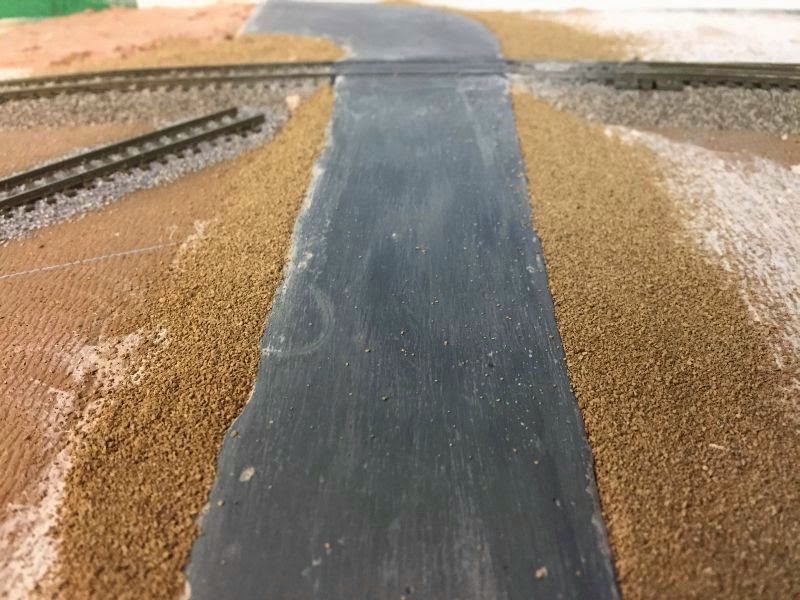 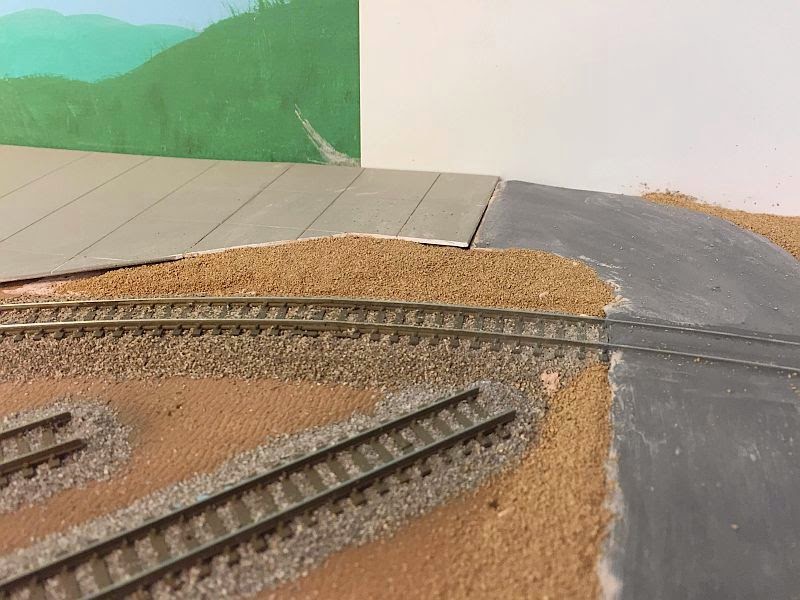 This was a lot easier with a lot less mess than plaster.  Now after it dries I should be able to clean it up and apply whatever type of ground cover I want right up to the road.

I'll pull up the concrete and finish painting the edge of it and then I'll glue down the front edge so it sits down on the surface without the gap.  But I'll cross that bridge later when I repaint the road.

This was kind of a stumbling block for me as it's been a fair amount of time since I've done any kind of scenery work.  I guess I was overthinking it...D'oh!