Roadwork in Malvern, and a milestone!

In conjunction with laying the pad at Olin-Chlor I needed a road leading into the facility.  I had originally planned to bring one in from the right side of the plant which would cross the tracks between the turnouts at Frump Gas and Olin-Chlor. I wasn't sure if I was going to be able to fit a road in there with the size of the building without having to squeeze it in, but after cutting the building down a couple of times it looks like now it'll be possible.

Like the pad at Olin-Chlor, I thought about getting another sign and making the pad around Heavy Metal, but Quin reminded me about the Woodland Scenics Road System which uses foam tape as concrete forms.  After I did a little research on how to do this, he gave me a roll of tape and small container of Smooth-it that he had on hand.  This turned out to be pretty simple and I got after it the first night.

The first pad I laid out was the street and pad for Heavy metal and the drive leading into the W&OV facility. 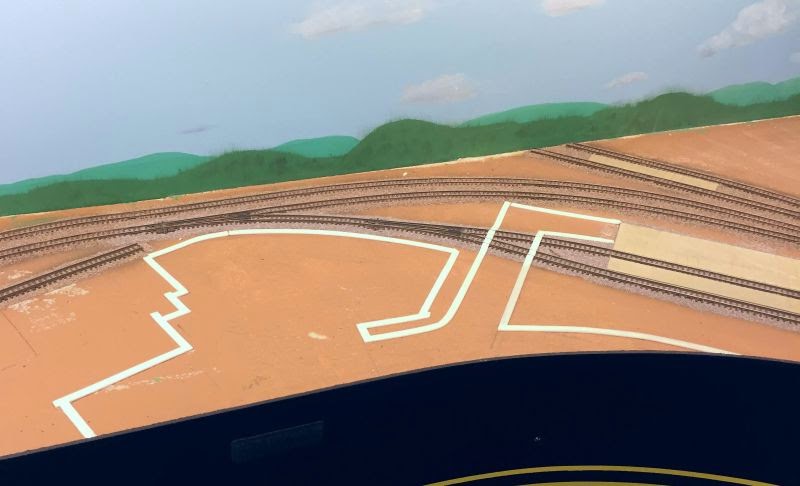 Then I laid out the parking lot for Crushmoore's office. 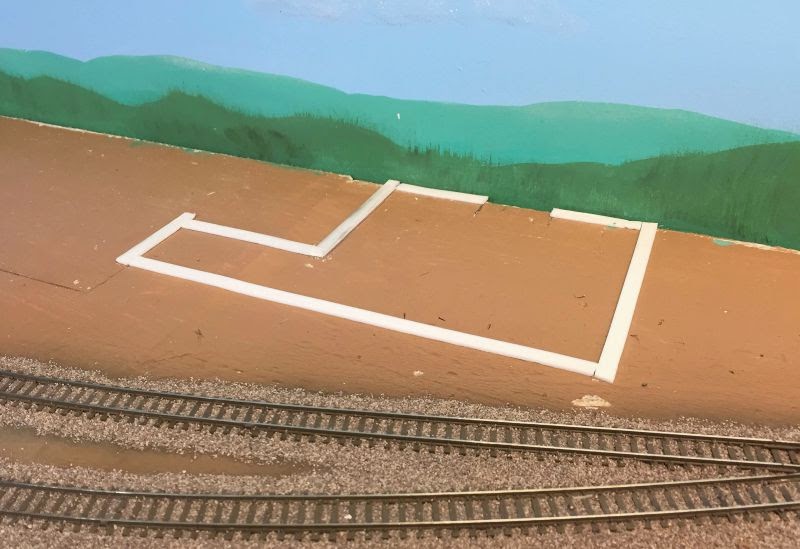 These were pretty straight forward and could see how well they were going to work.  But the road I had planned leading into the Olin-Chlor was going to be a little tricky.  One thing I do not like to see is how some will lay the road flat upon the bench top up to the tracks and then angle it up sharply so it crosses the tracks.  I wanted it a bit more even and level with the tracks.  So what I did was to lay down some cork as a filler and then lay the form tape on top of the cork.  This will bring the surface of the road up much closer to the level of the tracks without that sharp rise.

I glued sections of the cork in place so I could then feather them down gently to the ceiling tile with a sanding block made up with 80 grit paper, then I applied the tape to the cork.  Then when the plaster is dry, I can peel the tape off and remove most of the cork.  On the back side of the crossing, I used a piece of foamcore to build up the mold which will also be removed after the road is in place and dried. 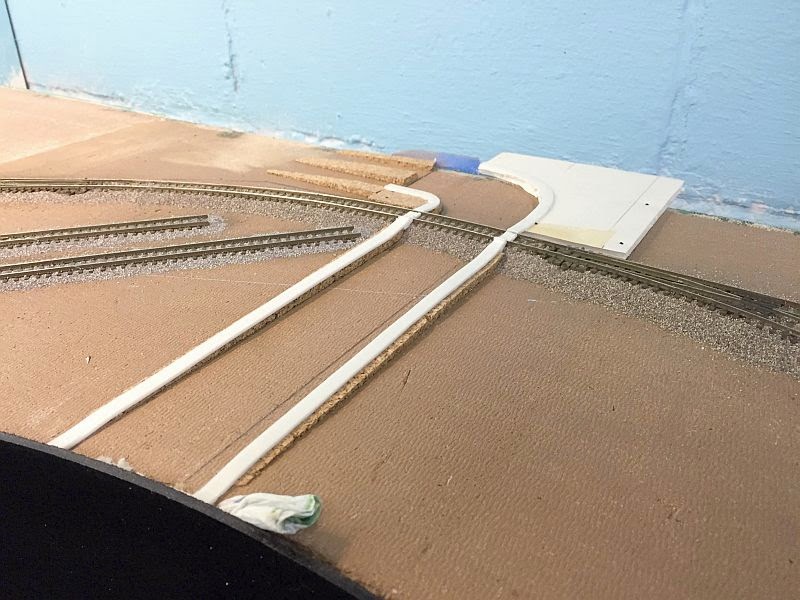 After almost 9 years of construction, I have made the first attempt at scenery on the Little Rock Line!!!  It's not much to write home about, but it's a start! 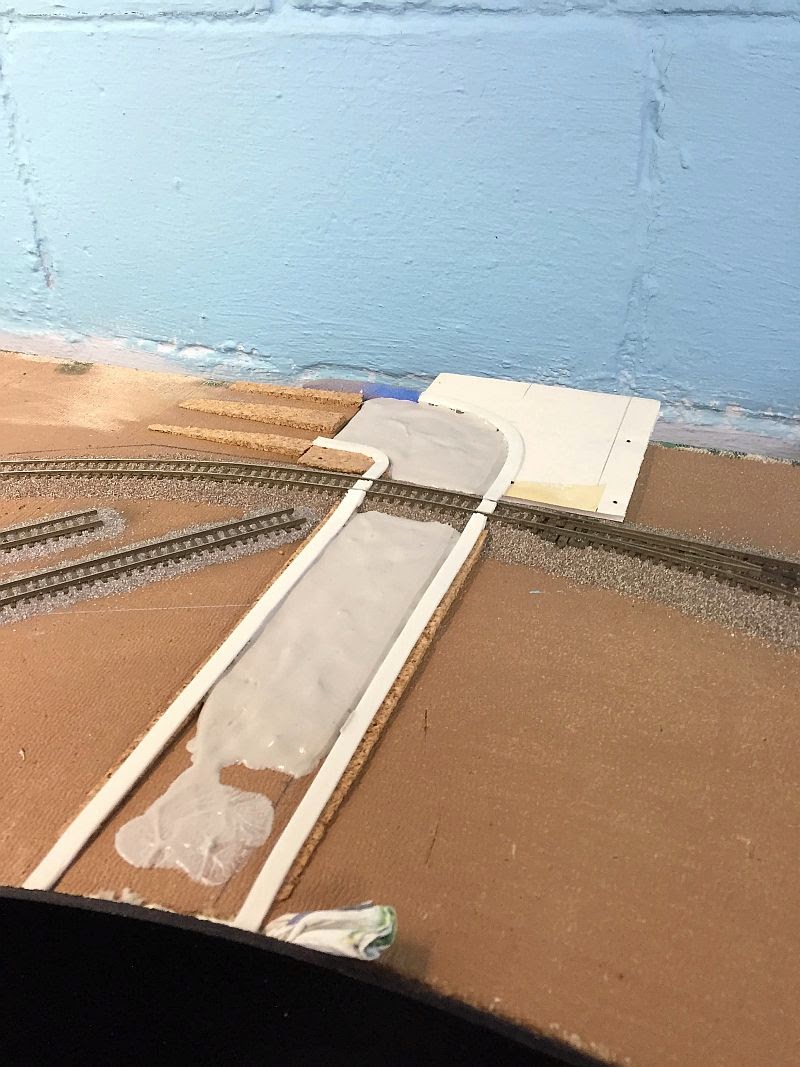 Now I have built buildings and I have spread ballast, but this I consider the first application of real scenery! So it has begun.....