Some new power on The Little Rock

I stepped away from the layout and scenery for a little bit and decided to wrap up a couple of locomotive projects I'd had laying on the workbench since the fall of 2019.

I've always had a thing for Rock Islands "One Off" locomotives, this GP40 definitely fits the bill.  It was in a wreck in Oklahoma sometime shortly after they were in the process of repainting their locos in new image. So when it got repaired, they gave the 4710 a partial paint job in the new image.  It was easily the most well known Rock Island loco on the roster. 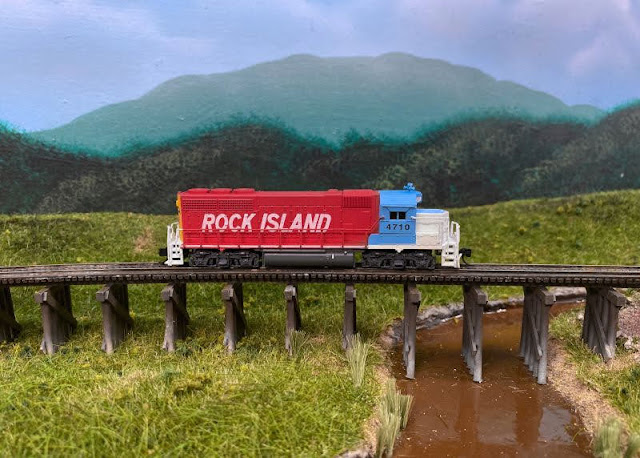 The SD40-2 is a complete Foob.  Rock Island had 10 SD40-2's and all were delivered in the Red and Yellow scheme and carried that scheme until shutdown.  All 10 units were sold to the ICG and were repainted into their Orange and Gray scheme.  Later they were sold or traded to EMD and retrofitted with Dynamic Brakes and became lease units.

A friend of mine sold this unit to me after he started the process of painting it to The Rock scheme because he changed scales, so I decided to finish his project. 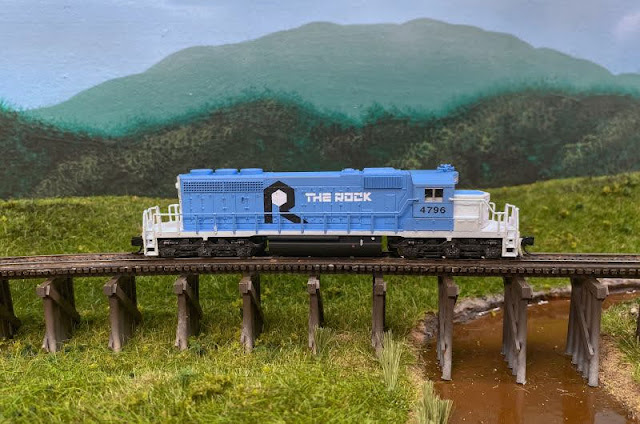 After getting them wrapped up this weekend, I took a couple of shots of them on the new Whitewater bridge.  I also played with a new app for my iPhone called CameraPixels Lite.  This app has the ability to take multiple shots of different focal depths (along with other options) which makes it easy to import them into Helicon Focus for focus stacking the images. 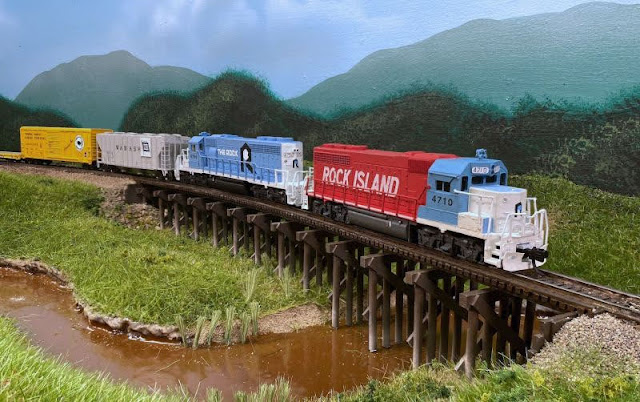 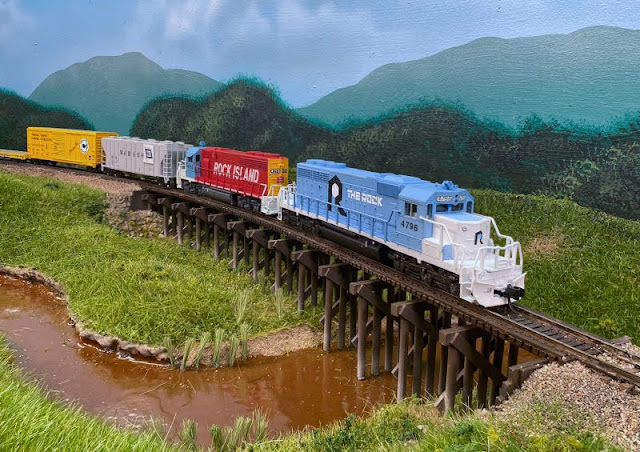 The next project will be to get them weathered and tone down those colors!
After posting these images, someone suggested that I try to get the camera positioned closer to the ground which would give you the perspective of an N scale rail fan standing next to the right-of-way.
So I turned the camera on end and upside down to lower the lens as much as possible.
Here's the result.