I'm a little behind with this post, but as they say  "Better late than never"

Back in March (2021) I got call from Greg B. that he might try and stop by while he was working on a job in a nearby state, and later that week he made it to town.

Greg and I've known each other going on 10 years now and this was the first time we've met face to face.  I met him on one of the forums, then got a call from him one afternoon and we've been in touch ever since.

Unfortunately the layout wasn't in running shape that weekend, but we had a great time chewing the fat.  I did at least manage to take him to Spring Creek Hobbies that weekend and watched his eyes bug out and his wallet scream.

Thanks for stopping by Greg, the door is always open... 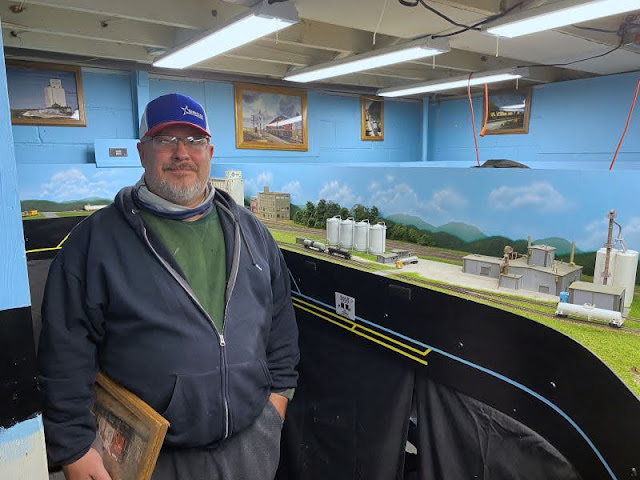