This is probably the most ballast that I've spread in one scene.

Even though this is nothing more than open staging yard, I figured I might as well make it look halfway decent so it blends into the rest of the layout.

I started off by spraying Krylon Camo Brown on the track like I've done in the past, it's a great color for the base.  But it is a little stark with the color I'm using for ballast.  I also wanted the yard to look weather worn and unmaintained, which meant the ties were not going to be fresh looking.

Just after starting the ballasting project you could tell how stark the color differences were. 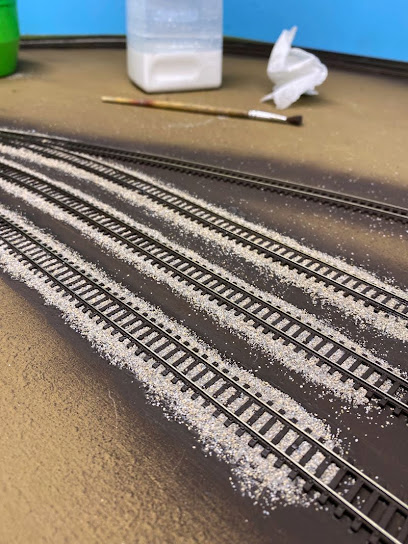 So I grabbed a makeup sponge and mixed up a couple thin batches of acrylic paint, one tanish and the other more grayish and proceeded to blotch the sponge on the tracks.  There was no way in hell that I planned to paint each individual tie or groups of ties, so this was going to have to do. 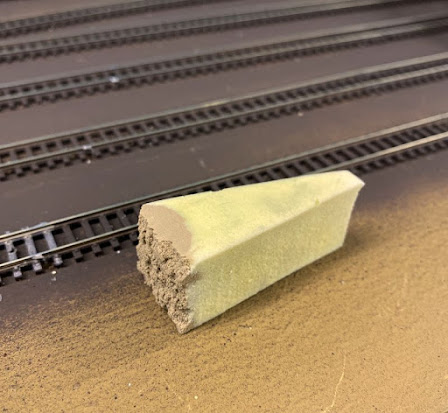 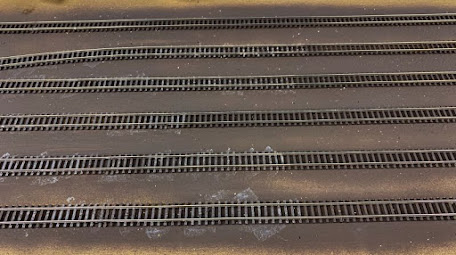 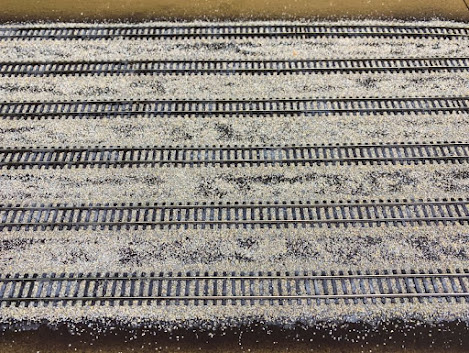 So the ballasting proceeded.  What's lighter is freshly glued. 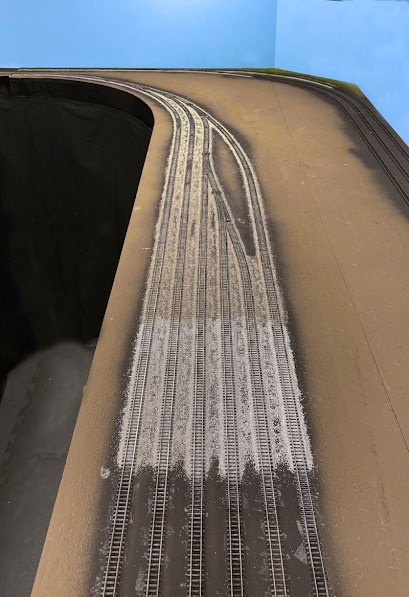 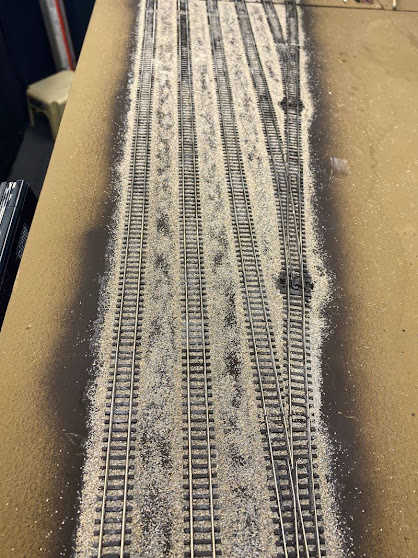 I was having so much fun ballasting that I almost forgot to add the first crossing. 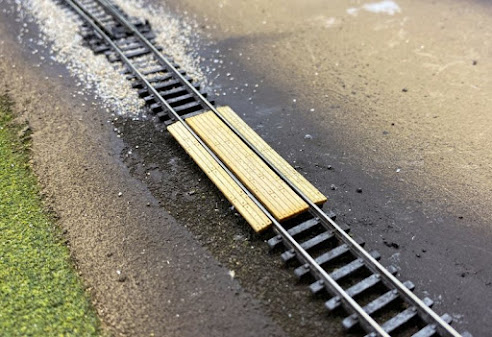 This is where it stands for now until I get the second crossing that I ordered. 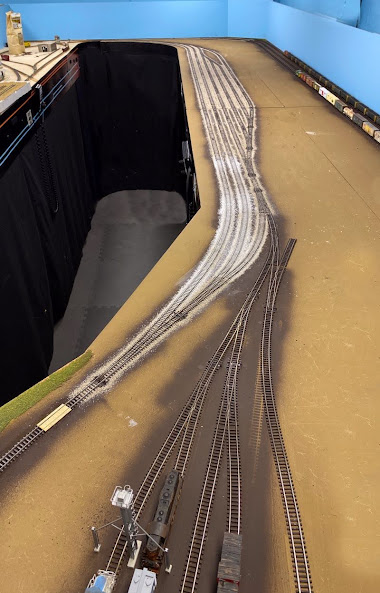 While I'm waiting for the second crossing to arrive, I also decided to play around with some Pan Pastels and chalks to dirty the yard up a bit before adding the dirt. 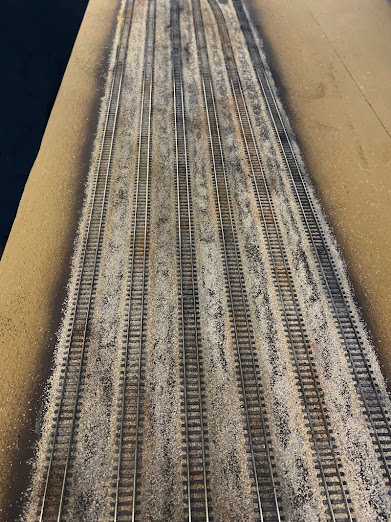