Shortly after buying the house in 1990, I cleared out the basement and installed three rows of 4' fluorescent fixtures so I had plenty of light to work with.  This has worked well over the years but after building the layout to fit the room, the lighting didn't quite fit the layout.  I've often wanted to redo the lighting to reduce the dark areas caused by existing lighting.

Recently Quin was looking for some LED shop lights for his new garage and we stopped at Menards to see what they had and we stumbled across some that were on sale. 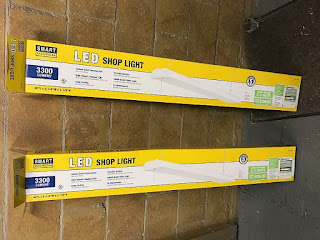 Here is what one area looked like with the existing fluorescents.  The far corner is a little dark. 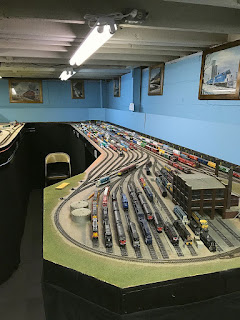 The same area after I hung the first LED shop light to see how it would look...... much better. 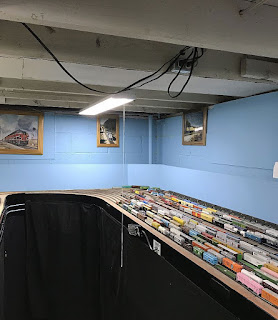 This is what they look like without the diffuser installed, I also adjusted the exposure.  They have three LED's strips that produce 3300 Lumens with an output of 4200K. 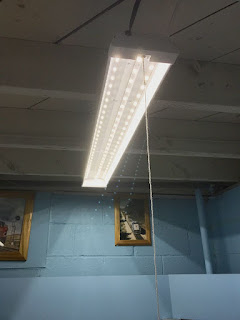 Last night I got them all installed.  This time I tried position them above the layout to reduce any dark areas.  Please pardon the mess. 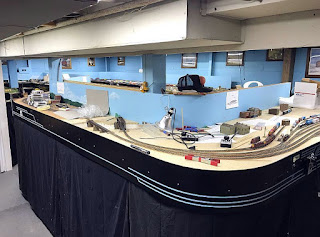 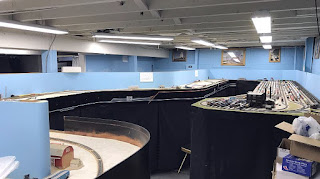 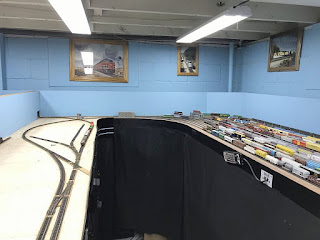 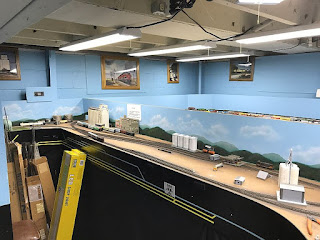 In some ways, they are a little brighter than I'd like but it's better than having dark areas.
Along with being cheaper to run, I also have the option to turn them on and off individually by means of their pull chains.  Even with less than half of them on, there is still more than enough light to work under. 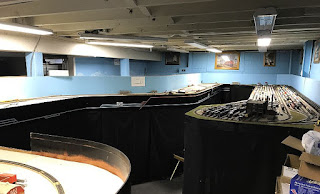 Since March I've had to step away from the layout to focus on some personal agendas.  As of today most of those agendas have been completed and I hope to be returning to my trains and the layout as Fall approaches.