Well it's been several months since my last post and some of you may have be wondering what's been happening on The Little Rock?

The last major project I did to the layout was the scenery in Malvern back in the late Spring of this year.  Other than that the only work I've done on the layout was to play around with some switchers for El Dorado and acquiring one of the new Atlas S2's for Malvern.

I've also been helping Doug to get some of his fleet chipped and repaired.  So the layout has pretty much sat dormant over this past year.  I'm itching to do something again, but instead I have finally gotten around to start the final remodeling project on my house.  A new kitchen!

I bought the house back in September of 1990 and after starting on the kitchen three times, it looks like this time it's actually going to happen.

This is the current kitchen that I have lived with for 25 years.  They are the original cabinets, pretty sad, but they've worked. 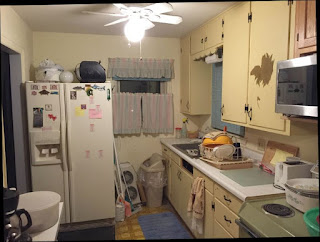 I'm a cabinetmaker by trade.  My father ran his own shop from 1958 until he retired in 1991.
Like the old saying goes: "The Mechanic has the worst running car in town"  so the cabinetmaker has the worst looking cabinets in town.  But this is about to change...

Here are the floor plans to the new kitchen 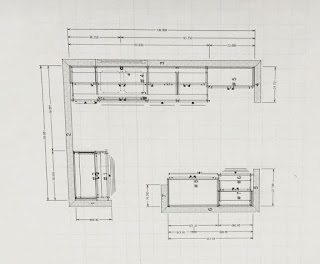 The North wall, cabinets #1 & #2
The upper cabinet will be 18" deep for pots, pans and other large items like a slow cooker.
There is actually a window to the right of the upper cabinets as seen in the current picture. 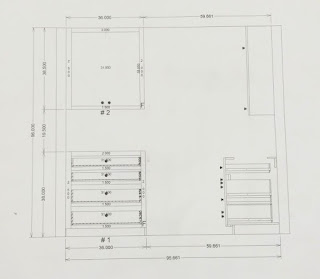 The East wall, cabinets #3, #4 & #5
This will be the sink base, sink upper and cabinet #5 is the microwave cabinet with the range below. 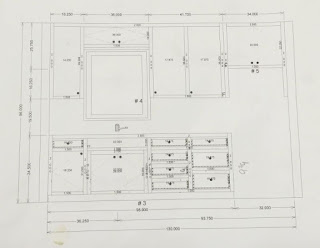 The West wall, cabinets #6, #7 & #8
This is where the refrigerator will be moved to and will have a full depth cabinet above it with a roll-out tray for ease of retrieving items from it. 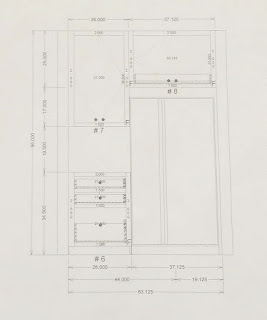 As of the time of this post I have already begun on the face frames and dovetail drawers.

I have chosen Ash for the wood that will be stained with Old Masters Provincial stain.  The doors will be a 5 piece raised panel door with the uppers doors having an Arched top rail, the lower door will be square and all of the drawer fronts will be a solid slab wood front. 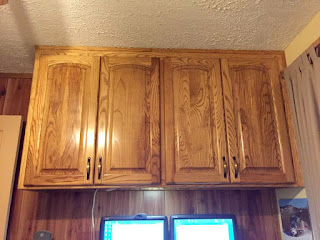 Since I'm not working on the layout for the foreseeable future, I plan to record the progress on the kitchen and post it on the blog.  As they always say "Pictures or it didn't happen".....

Lisa and I are so excited!

Jump to: A New Kitchen part 2